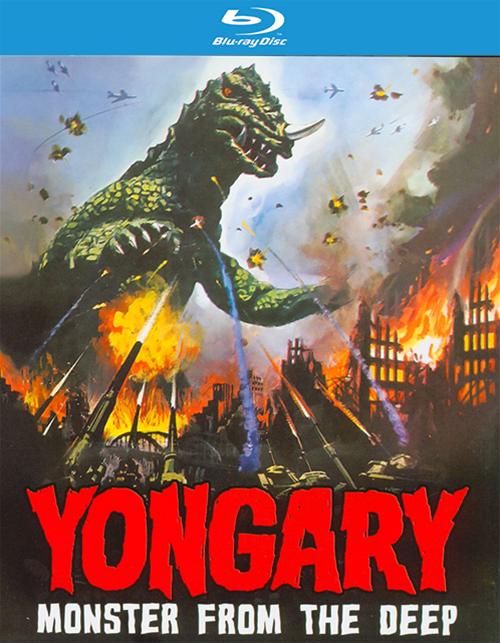 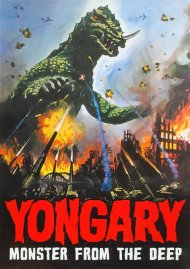 $15.96Yongary Monster from the Deep

A monstrous creature creates destruction throughout Korea... as scientists running against time create a refrigerant that maybe the only weapon to stop the monster before it destroys he whole country. This cult-classics was Korea's first entry into the kaiju movie genre, made famous by the Japanese with classics Godzilla and Gamera. After a nuclear test causes a massive earthquake, scientists realize that the quake is the least of their problems... the intense radiation has awoke the legendary reptilian monster, Yongary. Martial law is declared and cities are evacuated as the armed f-rces battle the fearsome creature with all the arsenal firearms available to them.

Audio commentary by film historian Steve Ryfle and writer/critic Kim Song-ho
Trailers for "The Phantom From 10,000 Leagues" and "The Monster That Challenged the World"

Review "Yongary Monster from the Deep "

Reviews for "Yongary Monster from the Deep "