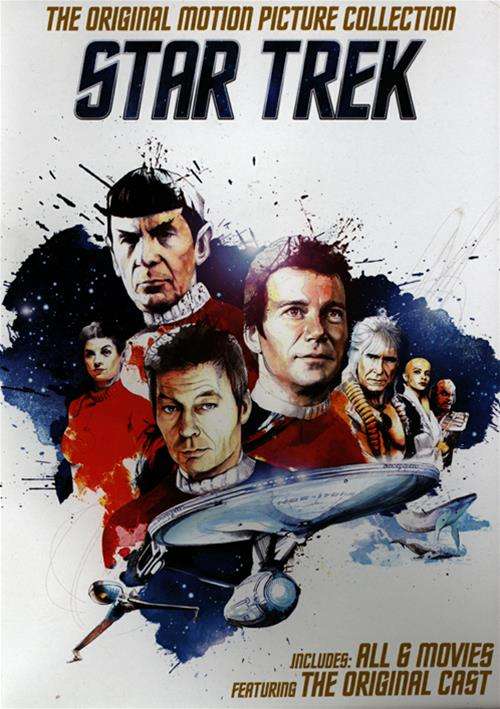 A massive alien presence of enormous power enters Federation space destroying three powerful Klingon cruisers and neutralizing everything in its path. As it heads towards Earth, Admiral James T. Kirk returns to the helm of an updated U.S.S. Enterprise and sets course to meet and aggressor head-on.

On a routine inspection of the U.S.S. Enterprise, Captains Kirk's Starfleet career enters a new chapter as a result of his most vengeful nemesis: Khan Noonien Singh, the genetically enhanced conqueror from late 20th-century Earth. Escaping his forgotten prison, Khan sets his sights on both capturing Project Genesis, a device of god-like power, and the utter destruction of Kirk.

In the wake of Spock's ultimate act of sacrifice, the crew of the U.S.S. Enterprise returns to Earth from the newly formed Genesis planet. The crew learns that life back home will not be easier: the Enterprise is to be decommissioned. It is only when Kirk is confronted by Spock's father that he learns his old friend may have another chance at life if the crew can survive the Klingon interference and return to the Genesis planet.

Branded as fugitives by the very Federation they sword to protect, the crew of the U.S.S. Enterprise dutifully returns to Earth to face charges for crimes committed in the course of rescuing a resurrected Spock. But en route, it is learned that the Earth is being ravaged by a strange alien probe demanding a response from a life form that no longer exists.

A renegade Vulcan with a startling secret hijacks the U.S.S. Enterprise in order to find a mythical planet. Kirk and his crew set out to stop a madman in an adventure that takes them to the center of the universe and, perhaps, before the face of God. With the crew under Vulcan control, the captain must rely on an unlikely alliance to save the galaxy.

After a lunar cataclysm brings the Klingon Empire to its knees, the foreign concept of peace with the Federation may be finally within reach. Ironically, it is Admiral James T. Kirk who is the first emissary to broker that peace. Yet all hope is virtually lost when U.S.S. Enterprise and crew are implicated in the brutal assassination of a Klingon diplomat, bringing both worlds to the brink of full-scale war.