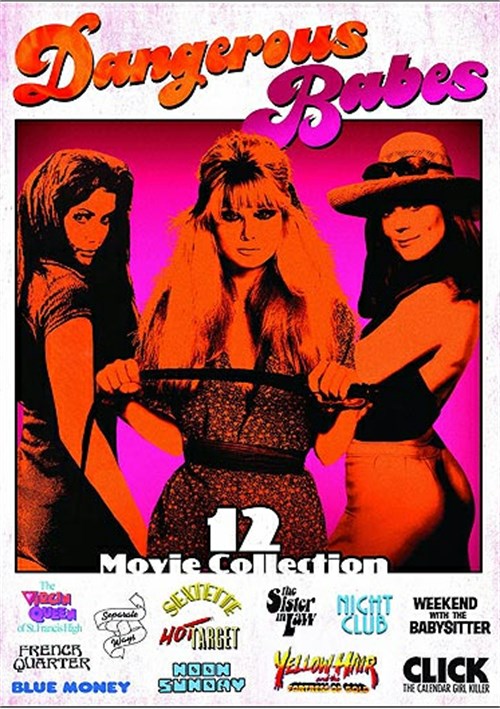 These 12 locked and loaded movies will have you convinced never mess with Dangerous Babes! With an explosive mix of chemistry, intrigue and danger these 12 sizzling action-adventures will have you addicted from the start.

A high school jock bets his friends that he can score with the school beauty queen, who is also a virgin.

Chronicles the life of a young New Orleans prostitute and her co-workers.

A wife unhappy in her marriage begins an affair with an art student, unaware that her husband, a race driver, is also having an affair.

Jim's seemingly perfect life starts to fall apart when he has an extramarital fling with an actress, and the local Los Angeles vice cops close in to make a bust.

It's a musical comedy like no other when Mae West and Timothy Dalton wed, but put their honeymoon on hold while West saves the world!

The wife of successful businessman is seduced by fellow American after "chance" meeting in park. However, Greg has more than love-making with the beautiful Christine in mind.

Two mercenaries are hired to commit a political assassination.

Two brothers, one wife, one mistress. Who will the women ultimately choose?

Behind its walls, the treasure of kings. For the sexy adventurer Yellow Hair, getting in is easy. Getting out... impossible!

A young married couple try to convert an old warehouse into a nightclub, but face opposition from both the council and local mobsters.

Weekend with the Babysitter (1970)

A middle-aged husband falls for his children's' teenaged babysitter.

A psychotic killer uses the world of big fashion photography for his sadistic playground.