CPO Sharkey: The Best Of Season One 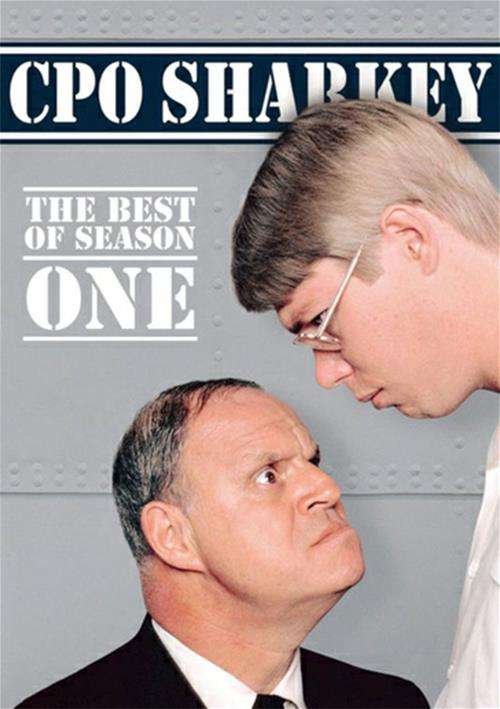 CPO Sharkey: The Best Of Season One

For two seasons (1976-1978) and 37 episodes, Don Rickles brought his distinctive brand of comedy to NBC television as the star of CPO Sharkey. His targets were many, his aim was true. His character, CPO Sharkey, was politically incorrect before the term existed! As a 24-year naval veteran, CPO Sharkey had pretty much seen and heard it all. The recruits he whipped into shape at the San Diego naval training center received most of his shards of wisdom. The men of Company 144 may have been hockey pucks, but they were his hockey pucks - ready, willing, and able to endure one verbal Shark attack after another.

When Sharkey meet his new recruits, he's not impressed, and warns several of them, "I'm gonna keep an eye on you!" The Navy is evolving, but Sharkey's knuckles are still dragging on the ground. He's ready to abandon ship when his new commanding officer, Captain Quinlan, turns out to be a woman. His guys need him, so he's got their back - even after an excursion to Tijuana lands them in a cramped jail cell. An inflatable female doll causes a ruckus in the barracks until Sharkey deflates the situation. Chief Robinson fixes up Sharkey with a super-fine fox, except Shark doesn't talk the talk or dig the funk. But when he runs into her again at the Disco Cave on his birthday, they get down and go bump in the night. Sharkey cuts a rug and later buys one from a mysterious, should purse-toting wig salesman. What's it all about, Sharkey? The ladies, of course.

"CPO Sharkey" SeriesView All 1 Titles in the Series >

Reviews for "CPO Sharkey: The Best Of Seaso"