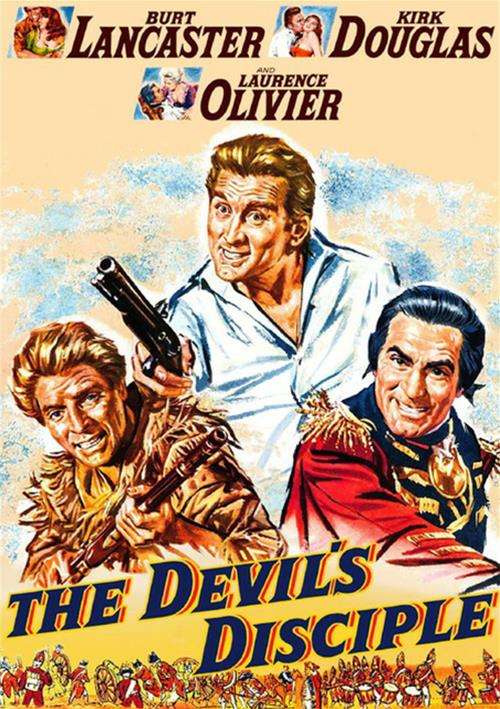 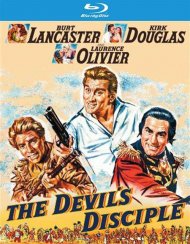 Newly re-mastered in HD! The third of seven films screen legends Burt Lancaster (Run Silent, Run Deep) and Kirk Douglas (Cast a Giant Shadow) have appeared in together is a satirical take on the American Revolution penned by George Bernard Shaw (My Fair Lady) and boasting a cutting performance from acting great Laurence Olivier (Rebecca). When Dick Dudgeon (Douglas) learns his father was executed by the British for treason at the onset of the Revolutionary War, he steals the body for a proper burial, ignoring the pleas of his friend, Minister Anthony Anderson (Lancaster), a peace-loving man who ends up becoming a belligerent firebrand of a rebel while trying to save Dudgeon's life. Adapted for the screen by John Dighton (Roman Holiday) and Richard Kibbee (Vera Cruz) and featuring strong direction by James Bond veteran Guy Hamilton (Goldfinger).

Reviews for "Devil's Disciple, The"