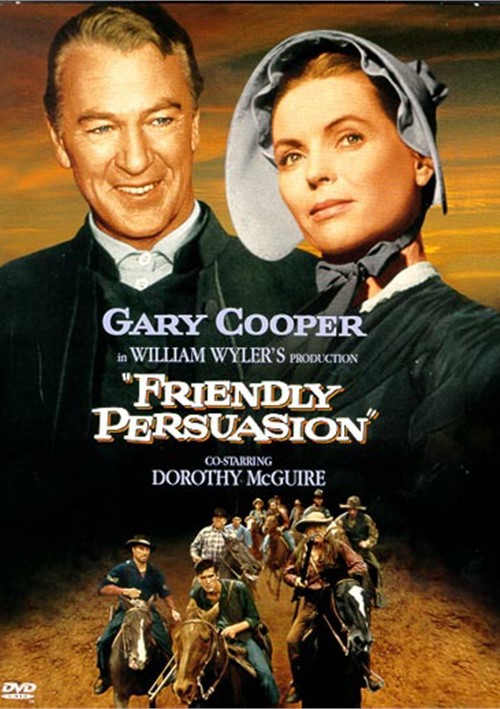 For two years the Civil War has been elsewhere. Now Confederate f-rces are nearby, looting and burning. It is time to fight back, Jess Birdwell's neighbors insist. Yet Birdwell, a Quaker, knows there must be a better way to settle things.

In a role ideally suiting his stalwart persona, Gary Cooper plays Jess in William Wyler's beloved film of Jessamyn West's novel that earned six Academy Award nominations, including Best Picture. Dorothy McGuire (the National Board of Review choice as Best Actress), Anthony Perkins and a superior cast get to the heart of family, faith and pacifism put to the test.