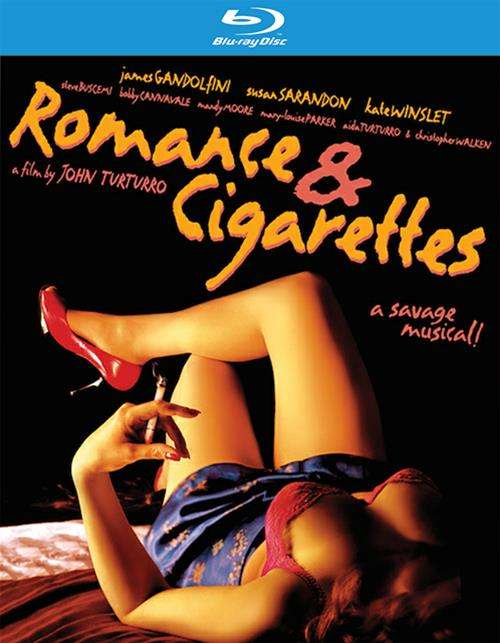 Original and audacious. Contemporary and classic. Director John Turturro's (The Big Lebowski) Romance & Cigarettes is a romantic comedy, a musical drama and, above all, a showcase for an amazing cast of talented actors lead by James Gandolfini (TV's The Sopranos) and Susan Sarandon (Bull Durham).

Romance & Cigarettes is the story of a marriage on the brink of collapse. A mid-life crisis has given Nick (Gandolfini), a Queens, NY ironworker a roving eye much to the bewilderment of his wife Kitty (Sarandon). The object of Nick's affection is Tula (Kate Winslet), a romantic in the truest sense of the word. Paying homage to classic Hollywood musicals, borrowing from The Singing Detective and Pennies From Heaven, a jukebox musical where heartfelt feelings are verbalized not through spoken word but-through song and dance. From Dusty Springfield ("Piece of My Heart") and Elvis Presley ("Trouble") to Cyndi Lauper ("Prisoner of Love"), the musical numbers are as eclectic as the characters mouthing them.