Ricki And The Flash (Blu-ray + UltraViolet) 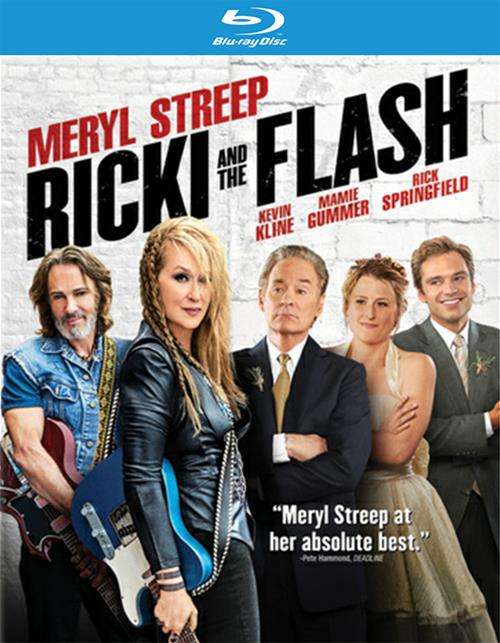 Ricki And The Flash (Blu-ray + UltraViolet)

Meryl Streep as you have never seen her before, a hard-rocking singer & guitarist, in Ricki and the Flash, from Oscar-winning director Jonathan Demme (Best Director, The Silence of the Lambs, 1991) and Academy Award-winning screenwriter Diablo Cody (Best Original Screenplay, Juno, 2007). In an original and electrifying film loaded with live musical performances, Streep stars as Ricki Rendazzo, a guitar heroine who made a world of mistakes as she followed her dreams of rock-and-roll stardom. Returning home, Ricki gets a shot at redemption and a chance to make things right as she faces the music with her family.

Deleted Scenes
Cast Photo Gallery
Rediscovering Rick Springfield
GEtting Ready for Ricki: The making of ""Ricki and the Flash""

Review "Ricki And The Flash (Blu-ray +"

Reviews for "Ricki And The Flash (Blu-ray +"