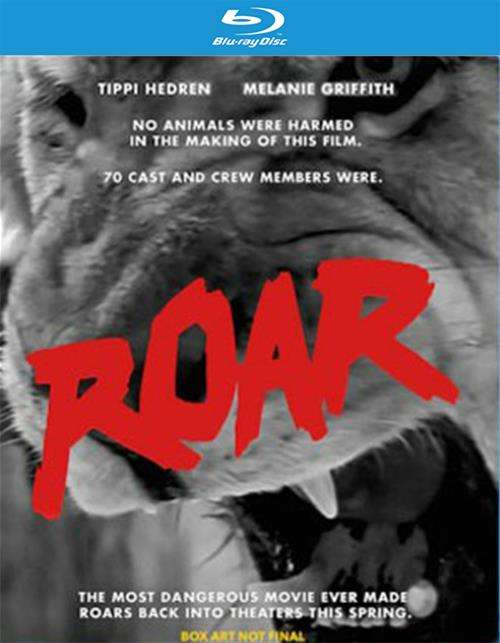 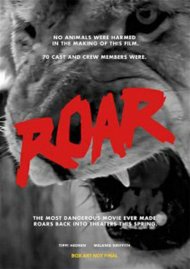 Produced over the course of ten years, Roar is an audacious cinematic experiment: a thriller showcasing the majesty and ferocity of African lions, filmed on location amidst dozens of actual untrained cats. Photographed by Jan De Bont (d.p. of Die Hard and director of Speed), the result is a spectacular achievement - though often terrifying to watch - as actors (not stunt men) flee, wrestle, and come face-to-face with the massive hunters.

Writer/director Noel Marshall stars as Hank, a doctor and outspoken naturalist in Africa who allows lions, tigers cheetahs, and other big cats to roam feely around his remote estate. While away protecting animals from poachers. Hank's family - including Marshall's real-life wife and daughter, Tippi Hedren (The Birds) and Melanie Griffith (Working Girl) - arrive at his home and are stalked by the massive lions that have overrun the house.

Not surprisingly, many members of the cast and crew suffered injuries during the making of the film, though care was taken to ensure that no animals were harmed. Since filming Roar, Hedren has become an advocate for the protection of big cats, founding the Roar Foundation and the Shambala Preserve.

The making of ""Roar""
Q&A with Cast and Crew at the Cinefamily, Losa Angeles, CA (4/17/2015)
The Grandeur of ""Roar"", an essay by Tim League
Photo Gallery
Feature Audio Commentary with John Marshall and Tim League