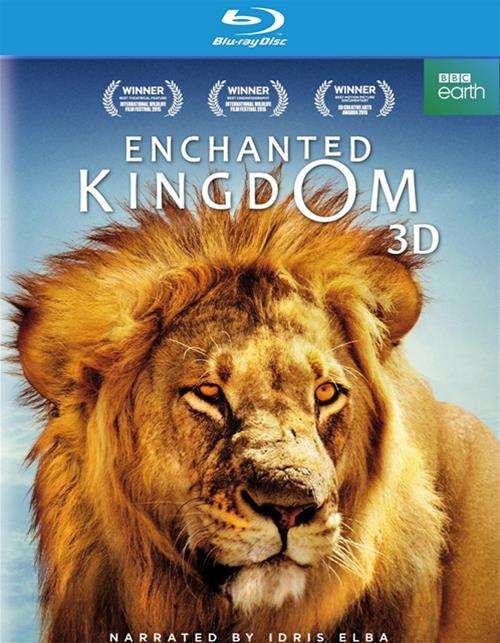 BBC Earth Films, the creator of the groundbreaking Walking with Dinosaurs 3D and Earth, takes us on a spell-binding journey through seven realms of Africa to reveal a natural world stranger, more magical, and more mystical than anything we might imagine. Narrated by Idris Elba, the film flows like a stream, with extraordinary time-lapse photography, sweeping aerial shots, and macro and micro lensed 3D propelling us from enchanted forests to the boiling edge of the underworld, from celestial ice-capped mountains and lava-spewing volcanoes, to crashing waterfalls and deep fantastical seas, as we experience some of the greatest gatherings of wildlife ever captured on film. With up-close-and-personal animal encounters and absolutely stunning scenery, this is an unspeakably beautiful film that presents nature in all her epic grandeur.

Ten making-of-videos showcasing the cutting-edge technology and ingenious techniques used to capture scenes from the wild as you've never seen it before. Also includes commentary from directors Patrick Morris and Neil Nightingale.