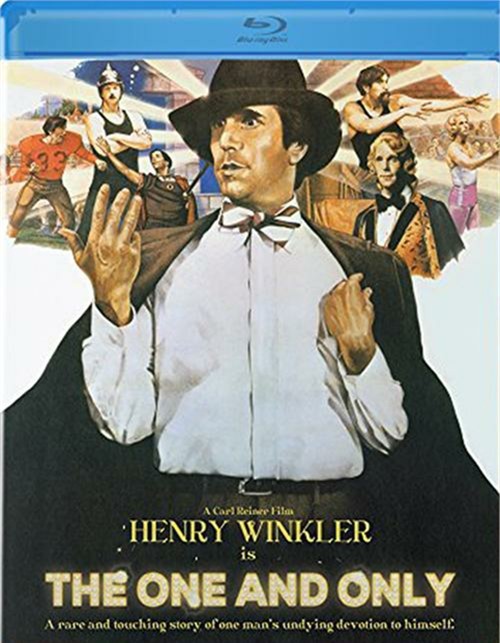 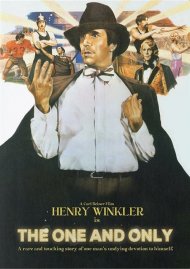 From director Carl Reiner (The Jerk) and screenwriter Steve Gordon (Arthur) comes The One and the Only, a tale of marital bliss and off-kilter relationships told with wry wit and a bit of borscht belt humor. This bittersweet comedy stars Henry Wrinkler (TV's Happy Days), Kim Darby (True Girl), Gene Saks (Nobody's Fool) and Herve Villechaize (TV's Fantasy Island). From their unconventional courtship and whirlwind college romance, we follow the lives of Andy Schmidt (Wrinkler) and Mary Crawford (Darby) into adulthood, careers and the beckoning lights of Broadway where Andy is convinced he'll make it big on the stage. However with acting jobs in short supply the unconventional Andy will become conventional when he learns that he'll be a father. With Andy's dreams all but dashed, triumph will come not on the boards, but in the wrestling ring. Taking a page from the flamboyant wrestler Gorgeous George, Andy creates a persona - The Lover- that will bring him great acclaim. When his outsized persona overshadows his personal life it will strain his fragile marriage, friendships and the already tense relationship with his resistant in-laws.