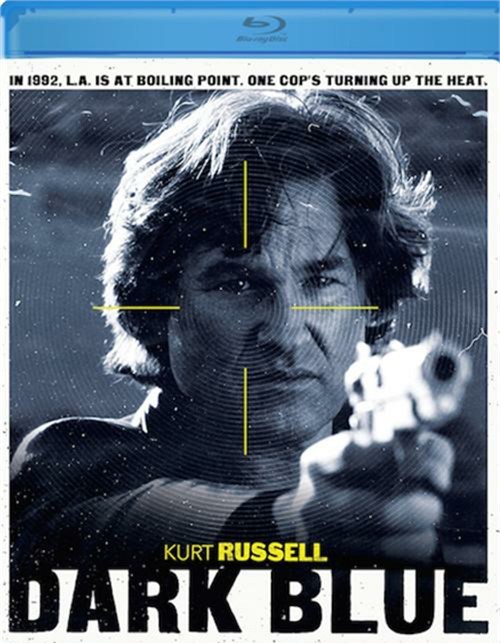 A searing indictment of police corruption based on a story by noted crime novelist James Ellroy (The Black Dahlia), Dark Blue stars Kurt Russell as Sergeant Eldon Perry, a Los Angeles police officer faced with a choice so monstrous it will affect his personal life and the lives of those around him while cutting through the heart of the police department. With the jury verdict in the Rodney King case looming in the background, Perry and his partner Detective Bobby Keough (Scott Speedman, Underworld) will be drawn into a cover-up by their commanding officer, Jack Van Meter (played with frightening malevolence and wit by Brendan Gleeson, Edge of Tomorrow) for a robbery gone bad. Murder for revenge, double-crosses and complicity lurk around every corner in the tension-filled Dark Blue, a terrifying glimpse inside the hearts and minds of people who have been anesthetized by the inherent corruption around them. Dark Blue, directed by Ron Shelton (Bull Durham) from a screenplay by David Ayer (Training Day) co-stars Lolita Davidovich (Blaze), Ving Rhames (Mission: Impossible) and Michael Michele (How To Lose A Guy in 10 Days).