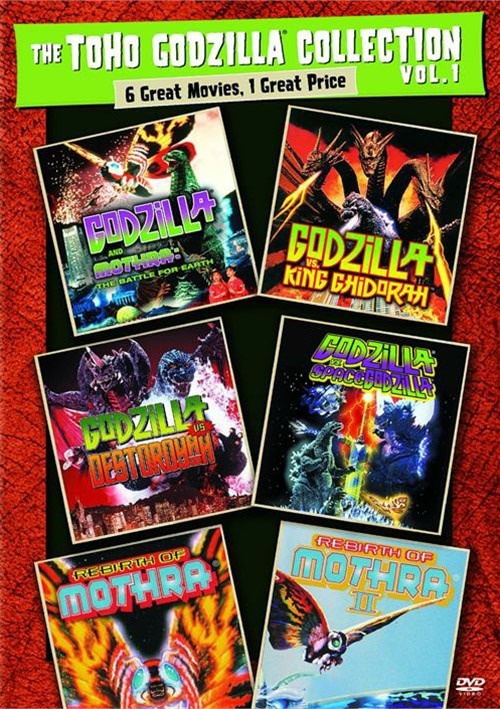 Godzilla and Mothra: The Battle for Earth

When a trio of Japanese explorers attempts to bring an egg from Infant Island back to the mainland, a furious Godzilla awakens from the depths and attacks the party, causing the egg to hatch and f-rcing its newborn larvae to fend off the gigantic monster. With such a powerful foe to reckon with, has Godzilla finally met his match?

With a super-charged blast from his nuclear past, a new Godzilla emerges from his own ashes, radioactive and ready to take on Tokyo! Soon, Godzilla must battle his deadliest challenge yet: Destoroyah. And when Godzilla Junior joins the ring, only the Super X-III can put the deep freeze on this three-way monster melee.

When an accident uncovers the secret chamber of Desghidorah, a three=headed monster capable of turning Earth's green landscape into a barren desert, desperate measures are needed. The tiny twins, Moll and Lora, must call forth the long-silent powers of Mothra to battle this terrible creature.

When a mysterious U.F.O. is seen flying over Tokyo, tension mounts until the craft's occupants reveal themselves to be friendly aliens from the 23rd Century, who have come to warn mankind that Godzilla will soon awaken and wreak havoc upon the Earth unless he is destroyed. Meanwhile, a double threat arrives in the form of King Ghidorah, Godzilla's flying three-headed arch rival.

The military implants a telepathic amplifier in Godzilla's brain in order to bring the giant monster under control. In a faraway galaxy, the mutant SpaceGodzillia turns its evil eyes toward Earth, planning to destroy Godzilla and conquer the planet for its own. Will Japan's greatest enemy, Godzilla, become its closest ally?

Mothra faces a new foe in Dagahra, a garbage-eating monster whose presence threatens Earth's oceans and the very existence of humankind. But the appearance of a wonderful creature leads three kids to the legendary underwater city of Nilai-Kanai, where a long-hidden magical treasure holds the promise of a prosperous planet.

"The Toho Godzilla Collection" SeriesView All 2 Titles in the Series > 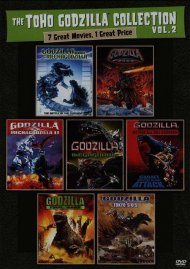 Reviews for "Toho Godzilla Collection, The:"