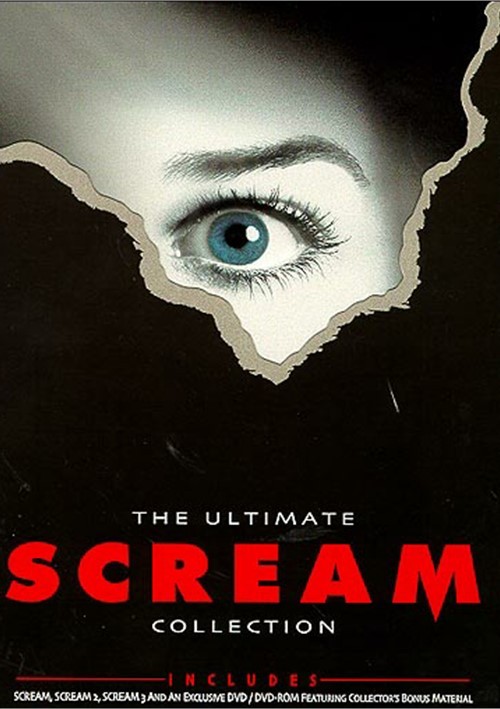 The smash hit that transformed the horror genre into a phenomenon, Scream also launched the careers of some of today's brightest stars!

After a series of mysterious deaths, an offbeat group of friends get caught up in a lively mix of thrills and chills! With hot stars Dew Barrymore (Ever After), Courtney Cox (TV's Friends), Neve Campbell (54), Skeet Ulrich (As Good As It Gets), and David Arquette (Beautiful Girls). Now you can experience this edge-of-your-seat thriller like never before with the Dimension Collector's Series on DVD.

Please Note: The special edition of Scream does not include Spanish Subtitles. Scream 2 and Scream 3 do.

Here's the incredible follow-up to the smash hit phenomenon Scream! Away at college, Sidney Prescott (Neve Campbell) thought she's finally put the shocking murders that shattered her life behind her...until a copycat killer begins acting out a real-life sequel! Now as history eerily repeats itself, ambitious reporter Gail Weathers (Courtney Cox), deputy Dewey (David Arquette) and other Scream survivors find themselves trapped in a terrifyingly clever plotline where no one is safe - or beyond suspicion! Director Wes Craven and hit-making writer Kevin Williamson team up once again and deliver the big screen's hippest, coolest, edgiest thrill-ride ever!

Neve Campbell, David Arquette, and Courtney Cox Arquette are back for more in the thrilling final chapter of this phenomenally popular and frightfully entertaining trilogy! While Sidney Prescott lives in safely guarded seclusion, bodies begin dropping around the Hollywood set of Stab 3, the latest movie sequel based on the gruesome Woodsboro killings! And when the escalating terror finally brings her out of hiding, Sidney and other Woodsboro survivors are once again drawn into an insidious game of horror movie mayhem! But just when they thought they knew how to play by the rules, they discover that all the rules have been broken! Featuring hot newcomers Parker Posey (The House Of Yes) and Jenny McCarthy (Diamonds), in another stellar ensemble cast, Scream 3 offers an unmatched mix of thrills, laughter, and suspense that brings this spine-tingling saga to an unforgettable conclusion!

The Complete Insiders's Guide to the Suspense Trilogy That Changed the Face of Fear!