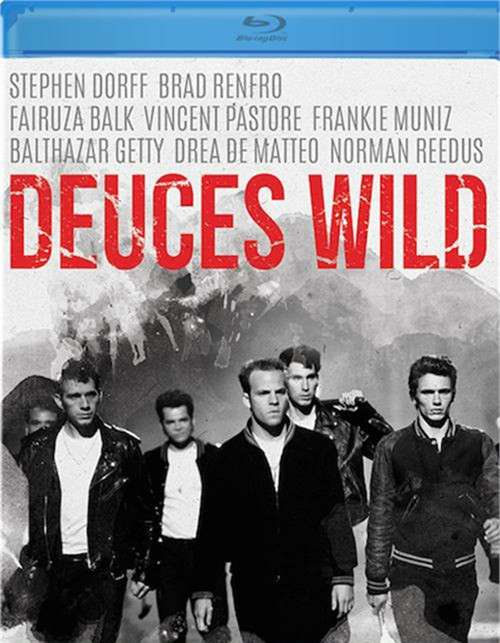 Tensions escalate when the Deuces come into conflict with rival gang leader, Marco (Norman Reedus, TV's The Walking Dead). With a turf war all but inevitable, neither side can anticipate the tragic consequences of their actions.

Deuces Wild co-stars Fairuza Balk (The Craft) as Annie and Drea de Matteo (TV's TheSopranos) as Betsy, the women in Leon and Bobby's lives, whose lives will be irrevocably changed by circumstance. Deuces Wild is photographed by John A. Alonzo (Chinatown) and features a musical score by Stewart Copeland (Rumblefish) of The Police.