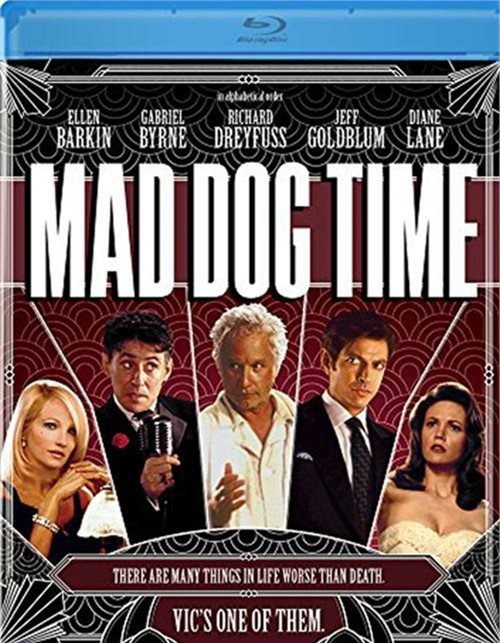 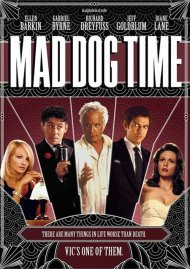 A mafia film unlike any other, Mad Dog Time stars Richard Dreyfuss (Jaws) as mob boss Vic, recently released from a psychiatric hospital who returns to find both his confidantes and enemies vying to seize control of his empire.

With Vic's friend and top enf-rcer Mickey Holliday (Jeff Goldblum, Jurassic Park) by his side what could go wrong? Plenty. Add to the mix a romantic roundelay involving Mickey and Vic's ex-girlfriend, Grace (Diane Lane, Streets of Fire) and her sister, Rita (Ellen Barkin, Diner) and the stage is set for excitement in a film chock full of mob film tropes, star cameos and pitch black humor.