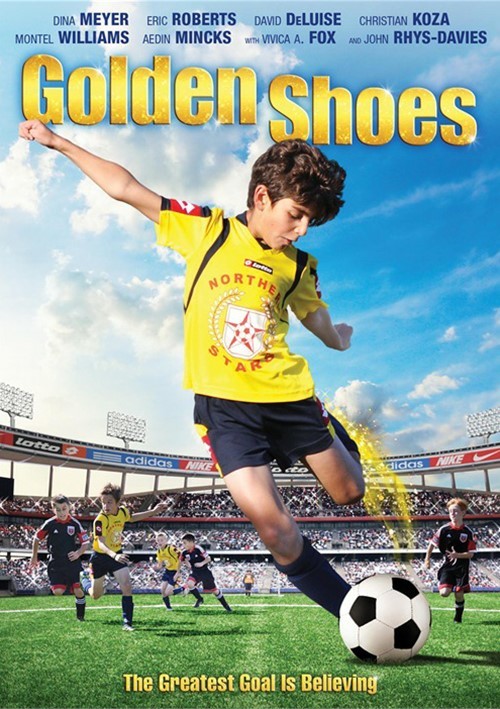 As long as he could remember, eight-year-old Christian Larou (Christian Koza) dreamed of being a great soccer player like his idol, Cristiano Ronaldo. When his father is deployed to Afghanistan and his mother is hospitalized, he pours himself into the game he loves. With the help of some very special shoes, can Christian lead his team to the championship, inspire an entire nation, and bring his family together again? Eric Roberts (The Dark Knight), Dina Meyer (Starship Troopers), David DeLuise (Wizards Of Waverly Place), Montel Williams (JAG), Aedin Mincks (A.N.T. Farm), Vivica A. Fox (Independence Day) and John Rhys-Davies (The Lord Of The Rings Trilogy) co-star in this feel-good family hit where believing in yourself is the greatest goal of all.