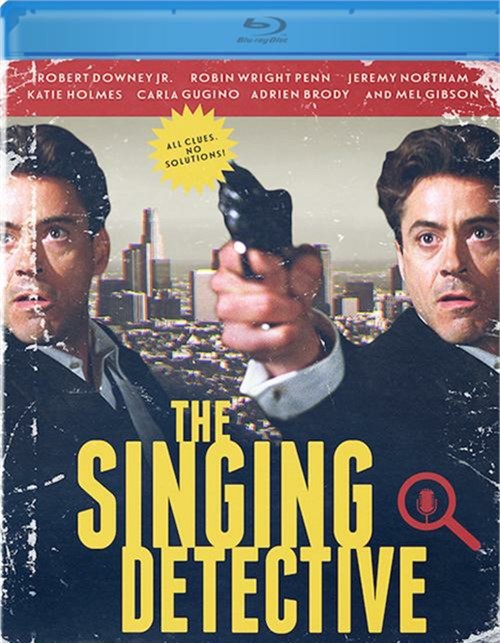 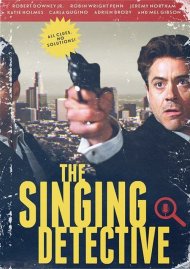 The Singing Detective, adapted by author Dennis Potter and based on the original BBC series, is a stylized, hallucinatory tale utilizing noir elements and popular tunes from a bygone era in a contemporary setting.

The film stars Robert Downey Jr. as Dan Dark, an author of pulp novels who is undergoing treatment for severe psoriasis which has crippled both his body and mind. In and out of consciousness, Dark's paranoid delusions manifest themselves as vivid fantasies, combining fragments from his life and his fiction, giving voice (quite literally) to the characters he's created and the action around him. Robert Downey Jr. is given on screen support by Robin Wright Penn (House of Cards) as his estranged paramour, Katie Holmes (Batman Begins) as his attending nurse and Mel Gibson (Braveheart) as his psychiatrist. Academy Award-winning actor Adrien Brody (The Pianist) and Jon Polito (The Big Lebowski) bring classic noir villainy (with a wry, comic twist) to the proceedings. The Singing Detective is directed by Keith Gordon (Christine, Dressed To Kill, The Chocolate War).

Reviews for "Singing Detective, The"