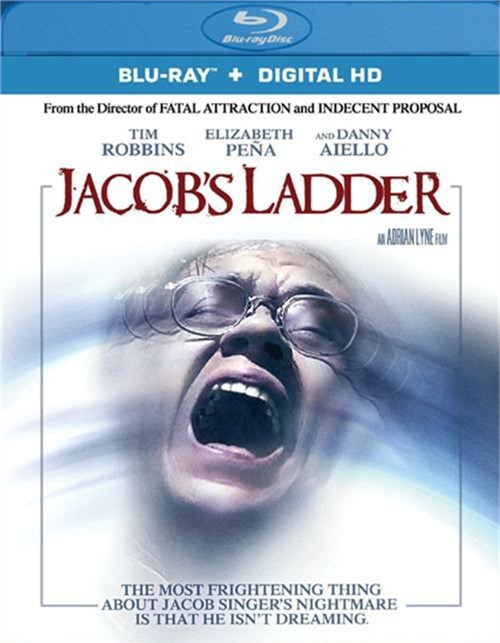 In this harrowing psychological thriller, Jacob Singer (Tim Robbins) is a Vietnam vet haunted by the memories of war and the death of his young son. As Jacob starts to experience visions of demons all around him, he begins to question what is real. Is he going insane? Is he suffering from post-traumatic stress? Or could he be caught in the middle of some horrific supernatural battle he can't understand? Directed by Adrian Lyne (Fatal Attraction), Jacob's Ladder takes you on a terrifying ride into one man's descent into hell.