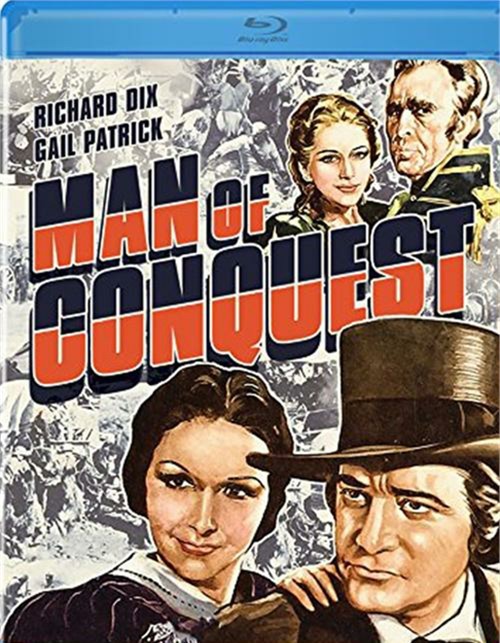 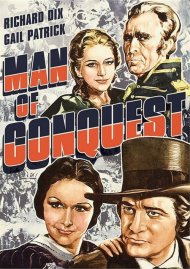 Inspired by Maurice James' Pulitzer Prize-winning biography of the famed Texas soldier and politician, Man of Conquest tells the tale of Sam Houston (Richard Dix), one of the founding fathers of Texas, tracing his adventurous life up through the famous Battle of the Alamo.

A slice of Americana, Man of Conquest traces Houston's storied career, from fighting alongside the future President (Andrew Jackson played by Edward Ellis) to his friendships with Jim Bowie (Robert Armstrong) and Davy Crocket (Robert Barrat), as well as his romantic relationships with Eliza Allen (Joan Fontaine), who would become his first wife, and Margaret Lea (Gail Patrick) who would become the third Mrs. Houston.

Boasting superb technical contributions, including those of cinematographer Joseph H. August (William Dieterle's The Hunchback of Notre Dame, John Ford's The Informer), the Oscar nominated Man of Conquest (score, art direction and sound) is historical storytelling at its best.

Reviews for "Man Of Conquest"