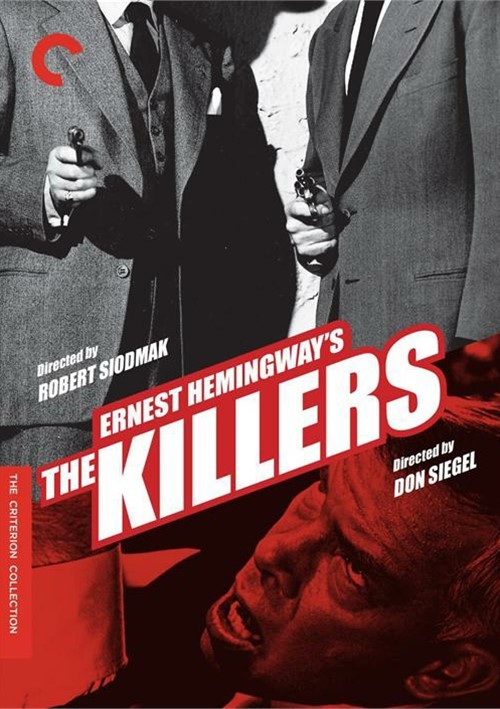 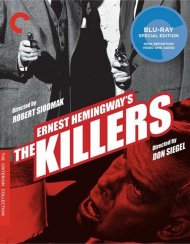 Ernest Hemingway's simple but gripping short tale "The Killers" is a model of economical storytelling. Two directors adapted it into unforgettably virile features: Robert Siodmak (Criss Cross), in a 1946 film that helped define the noir style and launch the acting careers of Burt Lancaster (Sweet Smell of Success) and Ava Gardner (On the Beach); and Don Siegel (Dirty Harry), in a brutal 1964 version, starring Lee Marvin (Point Blank), Angie Dickinson (Rio Bravo), and John Cassavetes (Rosemary's Baby), that was intended for television but deemed too violent for home audiences and released theatrically instead. The first is poetic and shadowy, the second direct and harsh as daylight, but both get at the heart of Hemingway's existential classic.

Andrei Tarkovsky's short film adaptation of Ernest Hemingway's "The Killers," made when he was a student in 1956
Interview from 2002 with writer Stuart M. Kaminsky about both films
Piece from 2002 in which actor Stacy Keach reads Hemingwayâ€™s short story
"Screen Directors'" Playhouse radio adaptation from 1949 of the 1946 film, starring Burt Lancaster and Shelley Winters
Interview from 2002 with actor Clu Gulager
Audio excerpt from director Don Siegelâ€™s autobiography, "A Siegel Film," read by actor and director Hampton Fancher
Trailers
PLUS: Essays by novelist Jonathan Lethem and critic Geoffrey O'Brien

Review "Killers, The: The Criterion Co"

Reviews for "Killers, The: The Criterion Co"