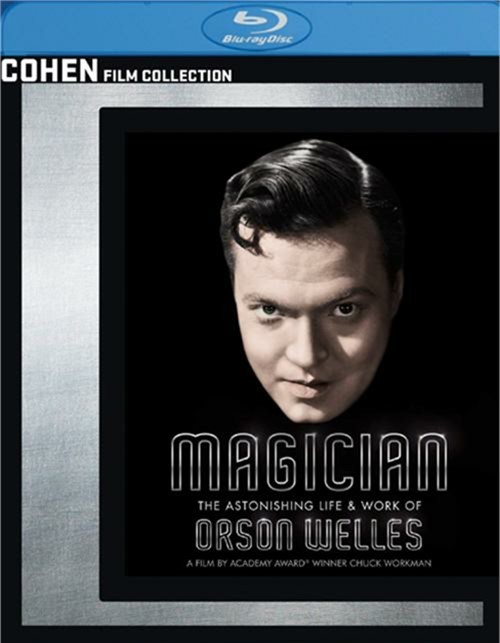 Orson Welles's life was magical: a musical prodigy at age 10, a director of Shakespeare at 14, a painter at 16, a star of stage and radio at 20, romances with some of the most beautiful women in the world, including Rita Hayworth. His work was similarly extraordinary, most notably Citizen Kane, (considered by many to be the most important movie ever made), created by Welles when he was only 25.

In the years following Citizen Kane, Welles's career continued to change as he made film after film (some never finished, many dismissed) and acted in other projects often to earn money in order to keep making him own films.

Magician features scenes from almost every existing Welles film, from Hearts of Age, (which he made in a day when he was only 18 years old) to rarely-seen clips from his final unfinished works like The Other of the Dream, The Deep and Don Quixote, as well as his television and commercial work.