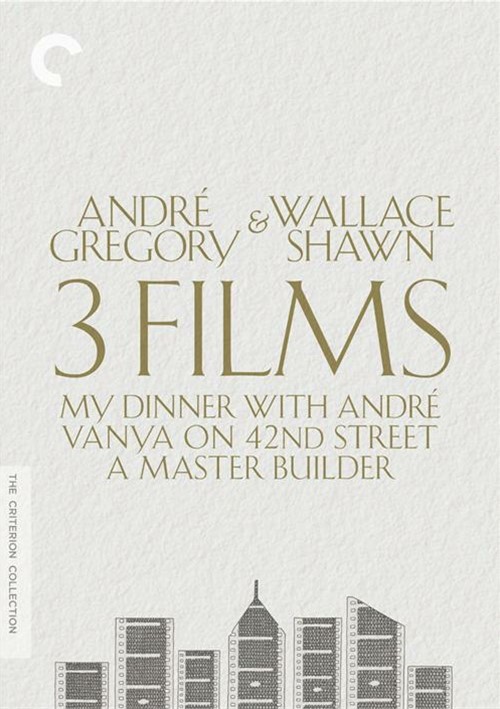 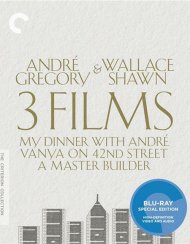 When Andre Gregory and Wallace Shawn - theater directors, writers, actors, and longtime friends - sat down for a stimulating meal in 1981's My Dinner with Andre, they not only ended up with one of cinema's unlikeliest iconic scenarios but launched a film collaboration that would continue to pay creative dividends for decades. The subsequent projects they made together for the screen - 1994's Vanya on 42nd Street, a passionate read-through of Anton Chekhov's Uncle Vanya, and 2014's striking Henrik Ibsen interpretation A Master Builder - are penetrating works that exist on the edge of theater and film, and that both emerged out of many years of rehearsals with loyal troupes of actors. Gregory and Shawn's unique contributions to the cinematic landscape are shape-shifting, challenging, and entertaining works about the process of creation.

High-definition digital restoration of "My Dinner with Andre," with uncompressed monaural soundtrack; restored high-definition digital transfer of "Vanya on 42nd Street," supervised by director of photography Declan Quinn, with uncompressed stereo soundtrack; and high-definition digital master of "A Master Builder," supervised by Quinn, with 5.1 surround DTS-HD Master Audio soundtrack
Interview from 2009 with Andre Gregory and Wallace Shawn about "My Dinner with Andre," conducted by their friend the filmmaker Noah Baumbach
"My Dinner with Louis," a 1982 episode of the BBC program Arena in which Shawn interviews director Louis Malle
Documentary from 2012 about "Vanya on 42nd Street," featuring interviews with Gregory; actors Lynn Cohen, George Gaynes, Julianne Moore, Larry Pine, Shawn, and Brooke Smith; and producer Fred Berner
New interviews about "A Master Builder" with Gregory, Shawn, director Jonathan Demme, and actors Julie Hagerty and Lisa Joyce
New program featuring Gregory, Shawn, and their friend the author Fran Lebowitz in conversation
Trailers for "Vanya on 42nd Street" and "A Master Builder"
PLUS: Essays on the films by critics Amy Taubin, Steve Vineberg, and Michael Sragow; the prefaces written by Gregory and Shawn for the 1981 publication of "My Dinner with Andre's" screenplay; and a 1994 report by Taubin from the set of "Vanya on 42nd Street"