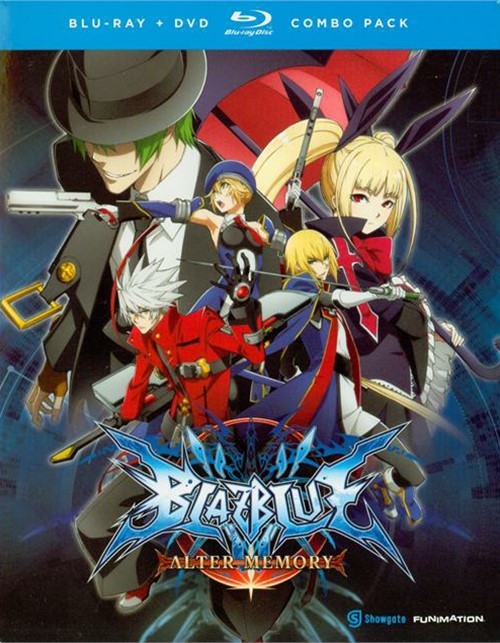 Catch all your favorite BlazBlue characters in action in this thrilling anime based on the popular fighting game franchise!

Long ago, an insidious black beast sought to obliterate the human race, but the monster was defeated by a valiant Band of Heroes wielding the power of Ars Magus: a potent combo of magic and technology. Now, a roguish outlaw known as Ragna the Bloodedge seeks to wreak havoc upon the Librarium, a clandestine organization that governs Ars Magus. Armed with the mighty Azure Grimoire, Ragna quickly becomes the target of vigilantes, scientists, vampires, and Librarium foot soldiers. As he spirals toward a violent showdown with the maniacal Hazama, Ragna will discover just how closely his fate is tied to the future of our world!

Discover the story behind gaming's deadliest moves in this series from the animation studio behind the BlazBlue: Chrono Phantasm cutscenes!