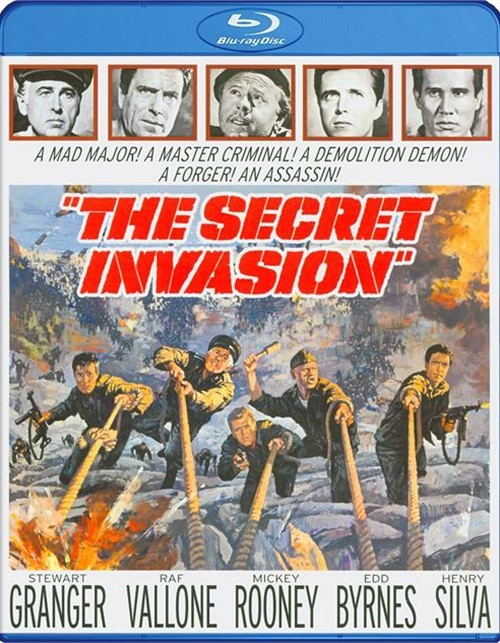 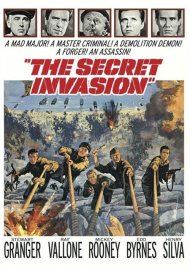 Mickey Rooney (Baby Face Nelson) and Stewart Granger (King Solomon's Mines) co-star in this action-packed war drama about a group of criminals gathered into the greatest infiltration f-rce in WWII. When an Italian general decides to join the Allies, Nazi troops capture and imprison him before he can defect. Desperate for the information and resources the general would provide, the Allies assemble a rescue team of the only men able to infiltrate the Nazi prison undetected... criminals. But when the team's carefully planned prison break erupts into an all-out fight for survival, it will take more than bravery to carry out their mission and turn the tide of the war. Wonderfully directed by cult legend, Roger Corman (Premature Burial) and featuring an outstanding cast that includes Raf Vallone (Phaedra), Henry Silva (The Italian Connection) and Edd Byrnes (TV's 77 Sunset Strip), The Secret Invasion is an explosion of fast, absorbing entertainment that doesn't let up until the final salute.

Reviews for "Secret Invasion, The"