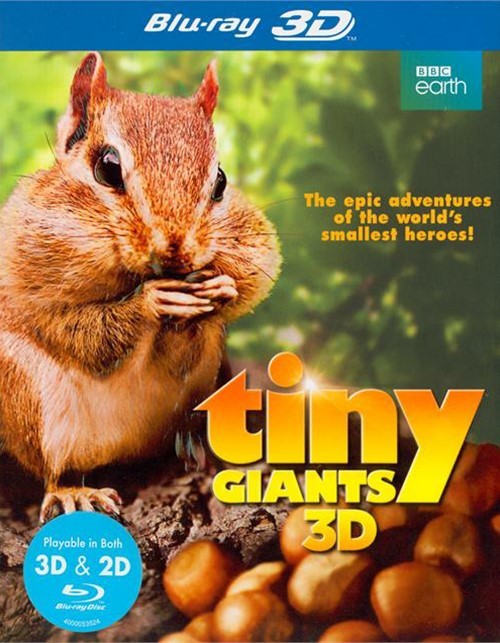 The producers of Life and Planet Earth share this spectacular ground-level view of the smallest wonders of the natural world. Unless you've been an ant or an earthworm in a previous life, you've never seen anything like this. Immerse yourself in a terrifically fascinating place, where small creatures face titanic battles to survive. Special 3D cameras capture that larger than life adventures of Earth's littlest heroes. Featuring a stirring musical score from Ben Foster (The Theory of Everything, Doctor Who) and narrated by Stephen Fry, Tiny Giants is one of the most remarkable nature films of all time!

The Making Of "Tiny Giants"