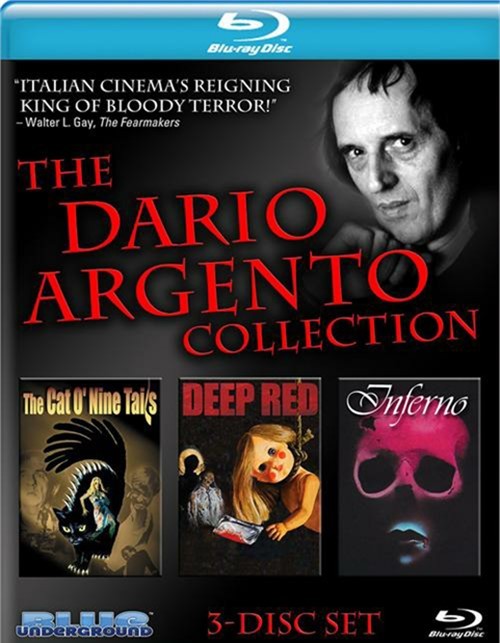 When a simple robbery at a research institute leads to a series of brutal murders, a blind puzzle maker and a tenacious reporter begin their own investigation of the crimes. With nine different clues to follow, they uncover a shocking web of twisted genetics and dark sexual secrets that will finally lead them to a shattering climax of violence and suspense.

An English jazz pianist living in Rome witnesses the brutal hatchet murder of a renowned psychic and is quickly drawn into the savage crime. With the help of a tenacious female reporter, the pair track a twisted trail of deranged clues and relentless violence towards a shocking climax that has ripped screams from the throats of audiences for more than 30 years!

A young woman stumbles upon a mysterious diary that reveals the secrets of The Three Mothers and unleashes a nightmare world of demonic evil. As the unstoppable horror spreads from Rome to New York City, this unholy trinity must be stopped before the world is submerged in the blood of the innocent.

Reviews for "Dario Argento Collection, The"