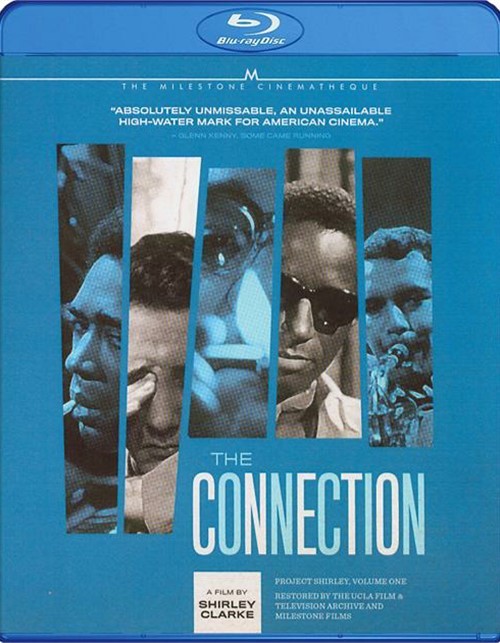 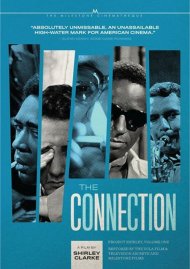 A jazz quartet and sundry deadbeat friends hang out in a grungy New York City loft, waiting for their drug connection. They jam, argue, wax philosophical and ham it up for the benefit of a self-important documentary filmmaker and his cameraman. Shirley Clarke's debut feature The Connection magically transforms the ennui of their addiction into bold drama, set to an incredible score by Freddie Redd and featuring Jackie McLean's brilliant sax.

A former dancer with a deep love for music, Clarke was born for the moving image. With The Connection, she created the ultimate jazz film - a feature of such fluid artistry and bebop editing that the viewer never notices that the 110-minute movie was shot in one room. Camera, actors, and musicians constantly riff with and off each other to electrifying effect.

Throughout her career, Clarke broke taboos (making films about junkies, ghetto teens, gay life and avant-garde jazz) and pushed the boundaries of film technique. She was an artist of such intense and innate individuality that there could only be one Shirley Clarke - the most independent of all American independent filmmakers.

Reviews for "Connection, The"