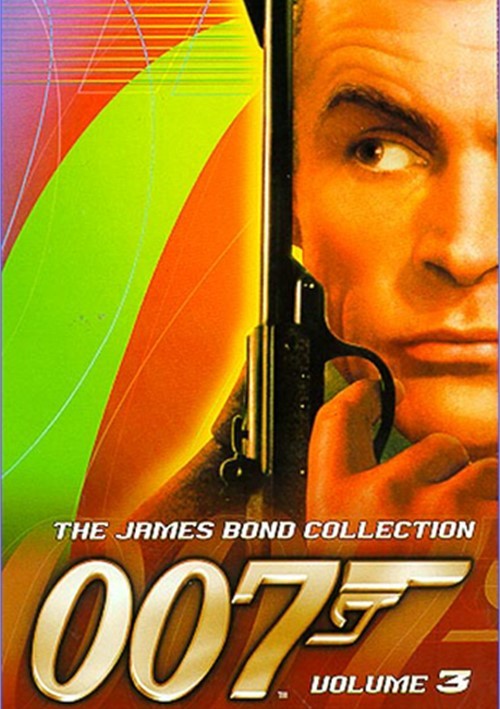 James Bond (Sean Connery) squares off against the evil SPECTRE organization in a pulse-pounding race to seize the Soviet Lektor decoding machine. His mission thrusts him into a thrilling boat chase, a brutal helicopter attack and a deadly brawl aboard the Orient Express, proving once again that 007 can't be stopped!

While investigating mysterious activities in the world diamond market, 007 (Sean Connery) discovers that his evil nemesis Blofeld (Charles Gray) is stockpiling the gems to use in his deadly laser satellite. With the help of beautiful smuggler Tiffany Case (Jill St. John), Bond sets out to stop the madman - as the fate of the world hangs in the balance!

James Bond (Roger Moore) may have met his match in Octopussy (Maud Adams), an entrancing beauty involved in a devastating military plot to destroy detente. From the palaces of India to a speeding circus train in Germany and a mid-air battle on the wing of a high-flying jet, only Agent 007 can stop the nightmarish scheme!

Agent 007 (Roger Moore) races against time to stop a power-mad industrialist (Christopher Walken) who plots to kill millions in order to corner the world's microchip supply. From the Eiffel Tower to the top of the Golden Gate Bridge, James Bond can't be stopped!

Timothy Dalton is suave and lethal as superagent James Bond in this turbo-charged action/adventure that pulls out all the stops for excitement. Armed with a gadget-laden Aston Martin and his license to kill, Agent 007 must stop a terrifying weapons conspiracy that may be linked to the Soviet military high command!

A View To A Kill:
Audio Commentary Featuring John Glen And Members Of The Cast And Crew
"Inside A View To A Kill" Documentary
"The Music Of James Bond" Documentary
Never-Before-Seen Deleted Scene
Music Video
Original Theatrical Trailers
Television Spots
Collectible "Making-Of" Booklet