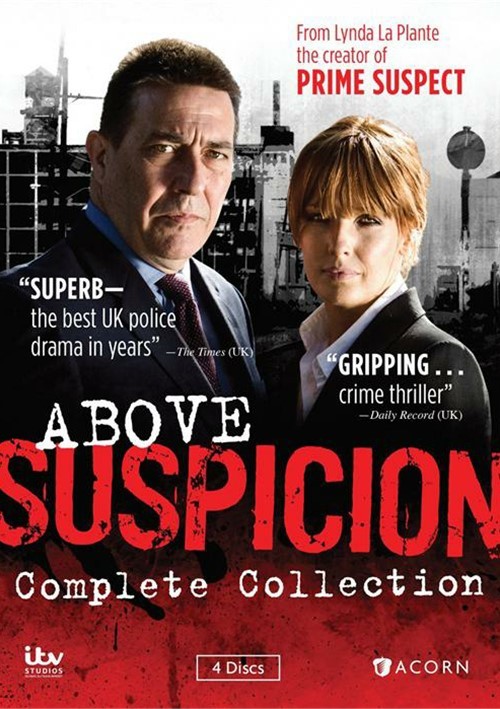 Rookie detective Anna Travis (Kelly Reilly, Sherlock Holmes) has a rough start to her career, but she quickly proves her worth to the male-dominated police f-rce with her quick, analytical mind and fierce determination to find the killer. She also catches the eye of her hard-boiled boss, DCI James Langton (Ciaran Hinds, Game of Thrones, Tinker Tailor Soldier Spy). Together, the two bring down some of London's most vicious criminals, even as they contend with their undeniable attraction to each other.

Containing all three sets of the hit British police drama, this complete collection is based on Lynda La Plante's (Prime Suspect) bestselling novels Above Suspicion, The Red Dahlia, Deadly Intent, and Silent Scream. With thrilling storytelling and smoldering chemistry between Reilly and Hinds, it's "easily one of the best detective shows on the box" (Wales on Sunday, UK).

Reviews for "Above Suspicion: Complete Coll"