Day Late And A Dollar Short, A / What Color Is Love? (Double Feature) 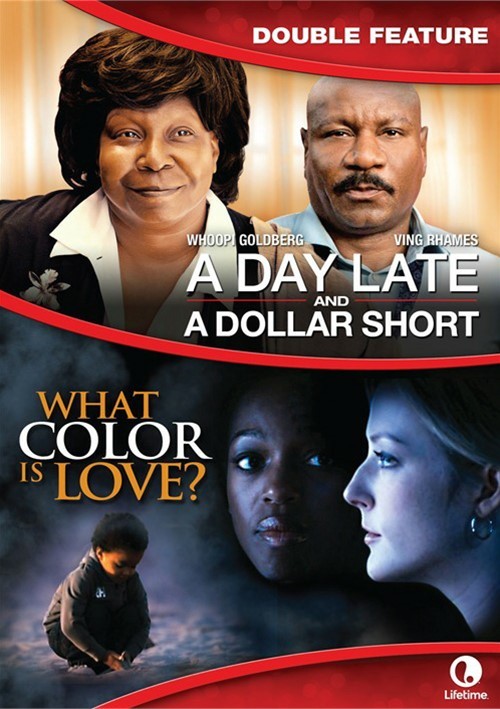 Day Late And A Dollar Short, A / What Color Is Love? (Double Feature)

A Day Late And A Dollar Short

Stars Academy Award, Golden Globe, Daytime Emmy, Grammy, and Tony Award winner Whoopi Goldberg as irascible matriarch Viola Price. When Viola learns that her next asthma attack is likely to kill her, she sets out to fix her fractured family before she sets foot anywhere near the grave. Proudly choosing to keep her health issues a secret, she contends with sibling rivalry, teen pregnancy, and prescription drug addiction - and that's just one of her four kids. There's also a jailbird son to teach how to be a better father, a granddaughter in big trouble, and an estranged husband to rescue from his scheming young girlfriend.

What Color Is Love?

Tells the story of Nicole, a beautiful young Caucasian woman and a sports groupie, who falls for Ty, a married African-American pro basketball star. The fantasy soon ends when her affair with the athlete results in an extraordinary court battle for custody of their mixed-race son. Inspired by a true story. Starring Jennifer Finnegan and Roger Cross.

Review "Day Late And A Dollar Short, A"

Reviews for "Day Late And A Dollar Short, A"