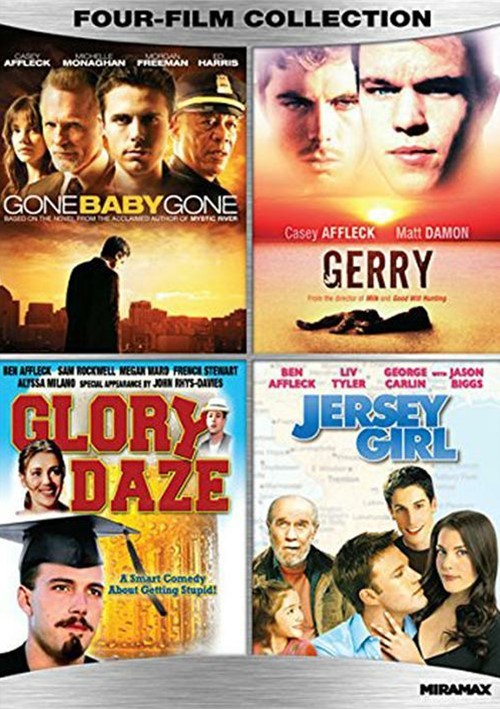 Unwilling to say goodbye to their wild college lifestyle, Jack (Affleck) and his four raunchy housemates face a surreal graduation week. Against a backdrop of troubling girlfriends, lecherous teachers, and killer hangovers, the buddies are f-rced to admit the party is finally over. Also featuring Matthew McConaughey, Matt Damon, John Rhys-Davies, Brendan Fraser and Leah Remini.

In this heartwarming comedy, a big-city publicist (Affleck) unexpectedly finds himself an unemployed single father living with his dad in the suburbs. But just when he thinks he's hit rock bottom, a sexy, no-nonsense video store clerk (Tyler) shows him the difference between who he thinks he is and what really makes him happy. Directed by Kevin Smith and featuring Jennifer Lopez and Jason Biggs.

When two young private detectives are hired to take a closer look into the mysterious disappearance of a little girl, they unravel a multitude of twists and turns where nothing is what it seems. Ultimately, they must risk everything - even their lives - in the search to find her. Ben Affleck's directorial debut

A pair of best friends (Casey Affleck and Matt Damon), who've nicknamed each other "Gerry," set out on a desert hike. But what begins as a simple daytime adventure turns into an intense life-and-death journey that will test their strength and - ultimately - their friendship. Written by Damon, Affleck and director Gus Van Sant.