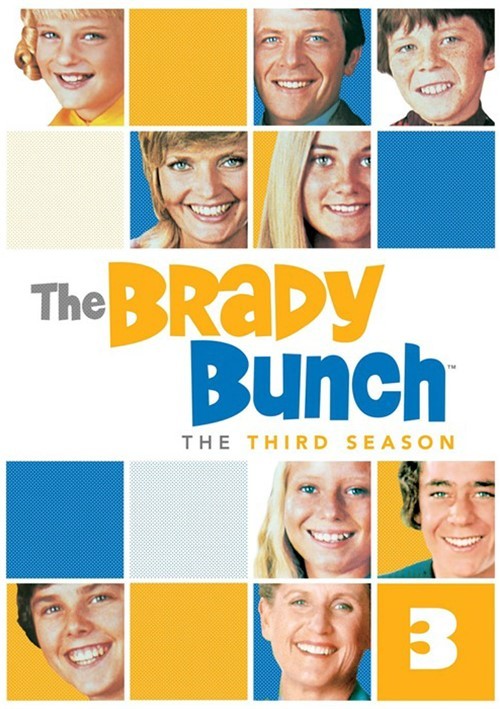 Here's the story... of America's grooviest TV sitcom family! It's Season Three of the wildly popular comedy series, which means there's a whole new season of hilarious adventures upstairs and down in the Brady home. Marcia's on the trail of Davy Jones of The Monkees; Jan is weary of the constant comparisons to her older sibling ("Marcia, Marcia, Marcia!"); and Cindy just wants a boy to call her own. Across the hallway, Greg's new car is less than cool; Peter channels Humphrey Bogart (among others) while undergoing an image makeover; and little Bobby hates being just that - "little" - until he saves the day! From Mike and Carol's journey with the kids to the Grand Canyon to Alice's look-alike cousin who brusquely takes "command" of the Brady household, here are all 23 episodes of The Third Season of The Brady Bunch. It's enough to make you break out in song... that is, unless your voice is cracking!