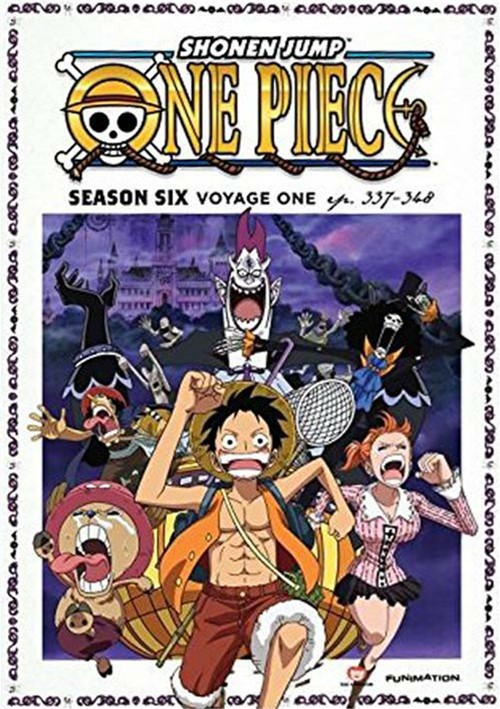 While drifting through haunted waters, the straw hats encountered a ghost ship inhabited by a walking, talking skeleton. Luffy quickly befriends the ghastly newcomer, but the rest of his mates want nothing to do with this panty-obsessed bag of bones. Before the mystery of the seagoing skeleton can be deciphered, the straw hats find themselves trapped within the terrifying walls of thriller bark! The situation gets even spookier as our heroes encounter invisible fiends, a graveyard of the undead, possessed paintings, and a zombie samurai! To make matters worse, Zoro and Sanji suddenly vanish - and Chopper, Usopp, and Nami get trapped inside a coffin. While his crew flounders in this floating house f horrors, Leffy sets his sights on a showdown with the man behind the madness: The shadow-stealing monster gecko Moria!