Bill / Bill-On His Own (Double Feature) 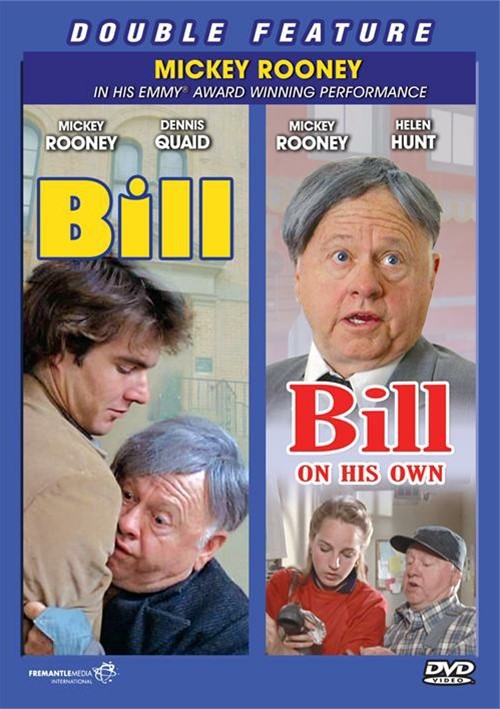 Bill / Bill-On His Own (Double Feature)

Mickey Rooney delivers an Emmy Award winning performance as the title character in this highly acclaimed, inspiring film. BILL is the true story of Bill Sackter, a man whose IQ of 50 leaves him ill-equipped to live independently in the world. Living on the streets, unable to read or write, he faces being returned to the institution where he was raised. Bill is kind-hearted and friendly, but his childlike innocence often gets him in trouble. Barry Morrow (Dennis Quaid), an amateur documentary filmmaker, befriends Bill and teaches him the importance of family and self-reliance.

In Bill-On His Own, Mickey Rooney returns in the role of Bill Sackter. Though his friend Barry has moved away, Bill has found a new home with Mae, Kenny, and Angela. While working at the university coffee shop, Bill meets Jenny (Helen Hunt), a sociology student who wishes to use Bill as her class "study project." Jenny discovers that Bills achievements cannot be measured by grades or test scores alone, but also by his personal determination to become what he calls a "regular good man."

Review "Bill / Bill-On His Own (Double"

Reviews for "Bill / Bill-On His Own (Double"