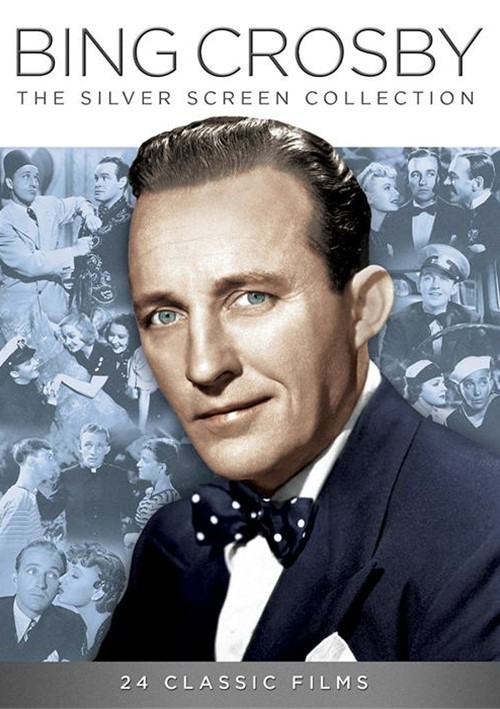 One of the most popular entertainers of all-time, Bing Crosby was a superstar of movies, music, radio and television during a spectacular career that lasted over 50 years. Bing Crosby: The Silver Screen Collection includes 24 of his best films showcasing the diverse range of roles throughout his career. From his Academy Award winning performance in Going My Way to his series of Road films with Bob Hope, Bing remains one of the biggest movie stars ever having sold over $1 Billion in ticket sales. Featuring Bing in top-form singing some of his most memorable songs such as "June in January," "Swinging on a Star," "Sweet Leilani," "I've Got a Pocketful of Dreams" and "White Christmas" from Holiday Inn, this timeless collection will entertain longtime fans and introduce a whole new generation to the legendary style of the most popular singing star of the 20th century!