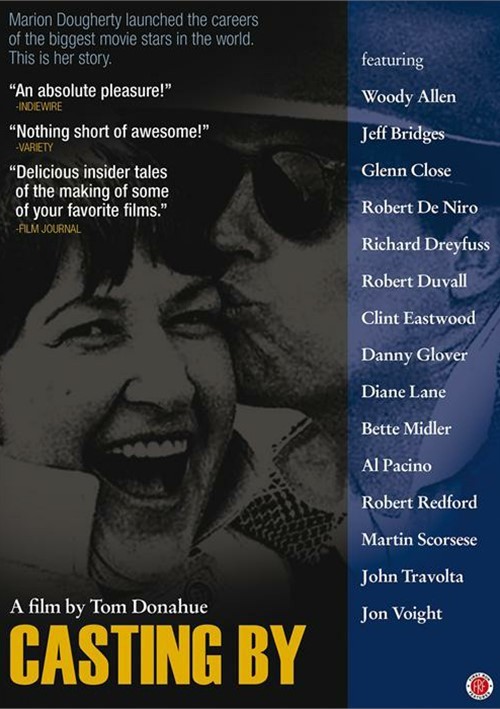 Named one of the best documentaries of the year by the National Board of Review, Casting By places the spotlight on one of filmmaking's unsung heroes the casting director and takes us on a journey through 50 years of Hollywood history from an entirely new perspective.

Pioneers like Marion Dougherty and Lynn Stalmaster were iconoclasts whose exquisite taste and gut instincts helped to put the final nail in the coffin of the old studio system and usher in the 'New Hollywood' with movies like Midnight Cowboy, The Graduate, Butch Cassidy and the Sundance Kid and Bonnie and Clyde. In the process they launched the careers of countless iconic actors including James Dean, Robert Duvall, Warren Beatty, Gene Hackman, Glenn Close, John Travolta, Jeff Bridges, Bette Midler.

In this illuminating documentary, directors and actors including Al Pacino, Martin Scorsese, Clint Eastwood, Robert De Niro, Diane Lane, Jon Voight, Bette Midler and John Travolta share stories and memories from their early careers, all interwoven with rarely seen clips as well as scenes from classics like The Sting, Goodfellas, Annie Hall, The Great Escape and West Side Story add to the fun.

Reviews for "Casting By"