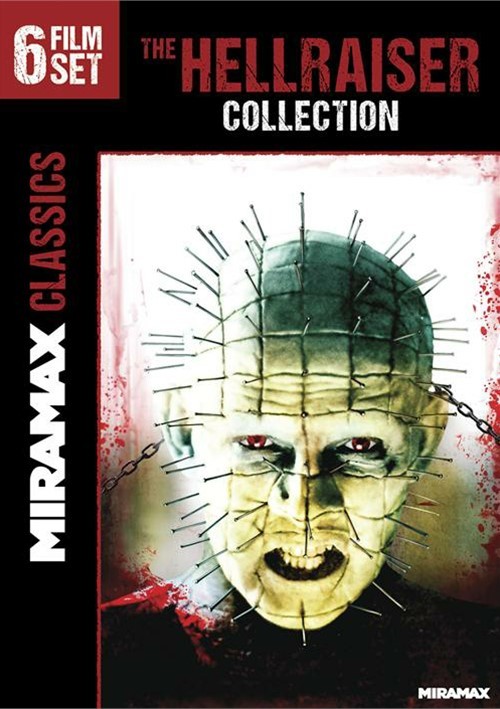 An investigative reporter must send the newly unbound Pinhead and his legions back to Hell.

In the 22nd century, a scientist attempts to right the wrong his ancestor created: the puzzle box that opens the gates of Hell and unleashes Pinhead and his Cenobite legions.

A shady police detective becomes embroiled in a strange world of murder, sadism and madness after being assigned a murder investigation against a madman known only as "The Engineer".

A shady businessman attempts to piece together the details of the car crash that killed his wife and rendered him an amnesiac - and left him in possession of a sinister puzzle box that summons monsters.

A journalist uncovers an underground group who can bring back the dead and slowly becomes drawn into their world.

Gamers playing a MMORPG based on the "Hellraiser" franchise find their lives endangered after being invited to a rave whose host intends to show them the truth behind the Cenobite mythos.

Reviews for "Hellraiser Collection, The"