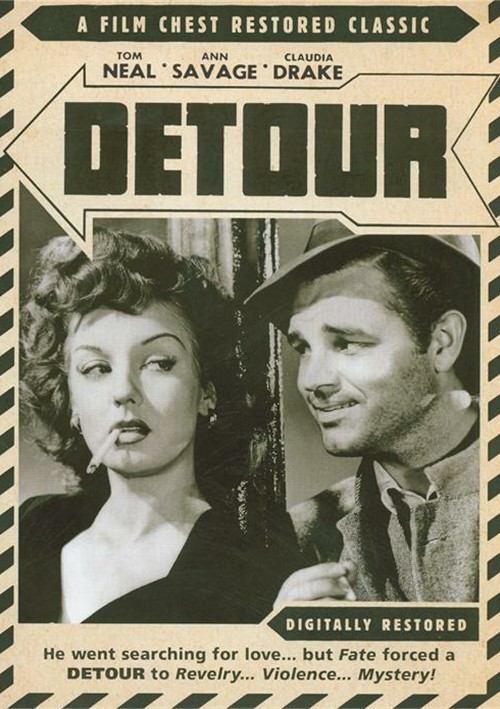 Detour tells the story of All Roberts (Tom Neal), a New York nightclub pianist who accepts a ride from gambler Charles Haskell, Jr. to join his girlfriend in Hollywood. When the driver mysteriously dies, Al assumes the man's identity and the car, fearful he'll be accused of murder. Shortly thereafter, he picks up the beautiful Vera (Ann Savage) who had coincidentally been given a ride by Haskell earlier. She realizes Al has disposed of the body and, holding the threat of summoning the police over his head, f-rces him to continue his ruse to collect an inheritance from Haskell's millionaire father whom he hasn't seen in years.