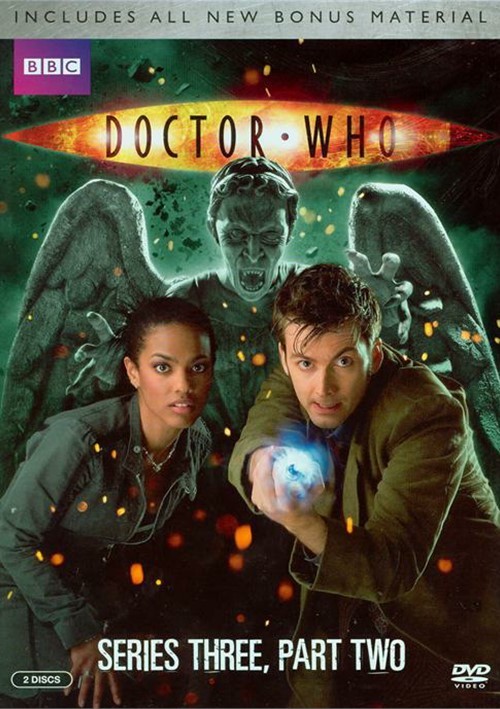 Tenth Doctor David Tennant (Broadchurch, Harry Potter and the Goblet of Fire) and his companion, Martha Jones (Freema Agyeman, Law and Order UK, Torchwood) travel across space and time in another set of thrilling adventures. Along the way. Oscar nominee Carey Mulligan guest stars in the episode that introduces the terrifying Weeping Angels, Torchwood's Captain Jack (John Barrowman) storms back into the Doctor's life for a trip to the end of the Universe, and in the thrilling 2-part finale, the Master hatches a plan to enslave the entire population of the Earth and only Martha Jones has the ability to save all of humankind!

Doctor Who: A New Dimension - Newly produced look back at the making of these breathtaking episodes.