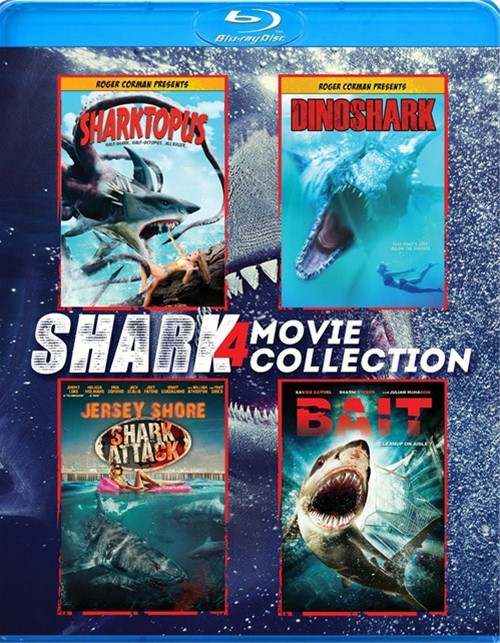 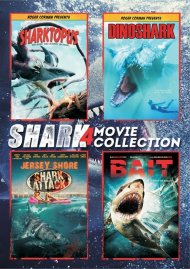 It is known as S-11, a diabolical hybrid of shark and octopus created by genetic scientist Nathan Sands (Oscar-nominee Eric Roberts of The Expendables and The Dark Knight) as the U.S. Navy's next super-weapon. But when its control implants are damaged during a training experiment, the beast escapes to Puerto Vallarta, Mexico for a taste of sun, sand, bikini babes, jet-skiers, spring breakers and beyond. Now a hotshot mercenary, an investigative reporter, and Sand's biomechanical engineer daughter must stop a creature like none ever witnessed before: It has superior intelligence. It attacks without warning. And it likes to snack on bungee jumpers. Kerem Bursin and Sara Malakul Lane co-star - with a hilarious cameo by legendary producer Roger Corman - in the unforgettable Syfy Original Movie about the 8-tentacled eating machine called Sharktopus!

It was frozen in glacial ice over 150 million years ago. Global warming has just hatched it in the Arctic. And now, it has traveled to Puerto Vallarta for a massive Mexican buffet of sailors, swimmers, lifeguards, jet skiers, horny tourists, bikini babes and more. It thrives in warm water. Bullets will not pierce its prehistoric armor. And it can leap out of the ocean to devour helicopters and parasailers. Can a rogue fishing boat captain and a sexy science teacher stop this ravenous pliosaur before it takes a monster bite out of the local fiesta and all-girl water polo tournament? Eric Balfour (The Texas Chainsaw Massacre, "24") and Iva Hasperger star - along with award-winning B-movie producer Roger Corman himself - in the top-rated Syfy sensation about the blood-crazed primeval mutation called Dinoshark!

With summer in full swing and a record-breaking Fourth of July crowd soaking up the boardwalk sun, Seaside Heights is the place to be in New Jersey! But when an illegal coastal drilling operation inadvertently unleashes a horde of man-eating albino bull sharks, the city is hurled into a deadly chaos! Can a local Jersey crew band together to fend off the blood-thirsty, ravenous sharks before the whole town is consumed? Jeremy Luke (Interpretation), Melissa Molinaro (Making the Band 3), Paul Sorvino (GoodFellas), Jack Scalia (Dallas), Joey Fatone (N-Sync), Vinny Guadagnino (MTV's The Jersey Shore), William Atherton (Die Hard) and Tony Sirico ('Paulie Walnuts' from The Sopranos) star in this epic saga of bikinis and bloodshed.

When a monstrous freak tsunami hits a sl--py beach community, a group of survivors from different walks of life find themselves trapped inside a submerged grocery store. As they try to escape to safety, they soon discover that there is a predator among them more deadly than the threat of drowning-vicious great white sharks lurking in the water, starved for fresh meat. As the bloodthirsty sharks begin to pick the survivors off one by one, the group realizes that they must work together to find a way out without being eaten alive.