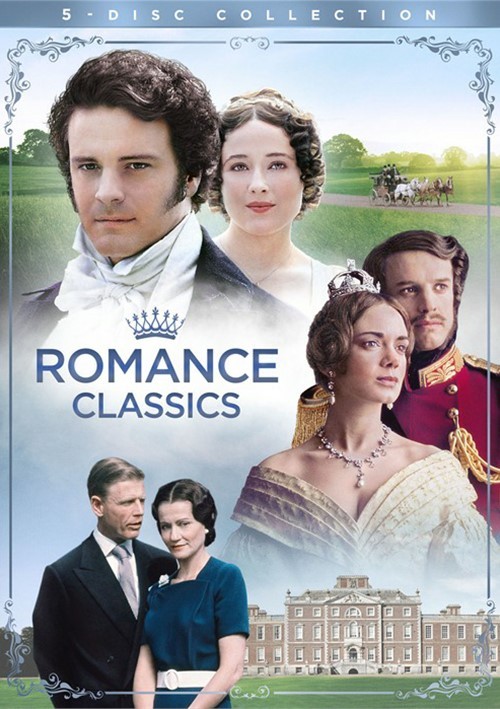 This collection features some of A&E's most memorable romance productions. The landmark A&E-BBC adaptation of Jane Austen's Pride And Prejudice transports viewers to Georgian England, where affairs of the heart are an exquisite game and marriage the ultimate prize. Will Elizabeth Bennet's romantic sparring with the mysterious and arrogant Mr. Darcy end in misfortune, or will love's true nature prevail? Victoria & Albert follows the young queen of England as she begins to comprehend the enormity of her duties, becomes a powerful leader, and, despite having sworn to never marry, forms a lasting partnership with her husband, the German Prince Albert. Finally, the critically acclaimed British miniseries Edward & Mrs. Simpson dramatizes the true story that shocked the British Empire: the scandalous romance between the Prince of Wales and the extraordinary and married American woman, Wallis Simpson. Watch as England's King Edward VIII chooses love over duty.