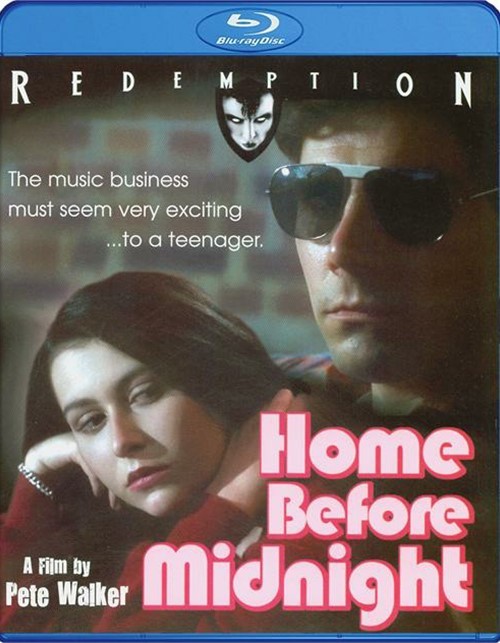 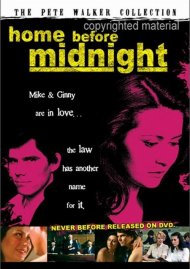 With his penultimate film as director, Peter Walker moved away from the flesh-and-blood exploitation that made him one of Britain's most notorious filmmakers, and created this serious (but no less sensational) examination of sexual prejudices.

When hit songwriter Mike Beresford (James Aubrey) rescues a stranded hitch-hiker named Ginny (Alison Elliot), a steamy romance quickly transpires. But passion turns to prosecution when Ginny's parents discover the relationship, and reveal that their daughter is only fourteen years old. True to form, Walker questions the "justice" of a legal system that plots to destroy Mike's livelihood, and morally implicates the viewer by encouraging us to share in Mike's fondness for Ginny, even after we learn she is underaged (though the actress clearly is an adult).

Along the way, Walker provides an entertaining (if not entirely accurate) portrait of the '70s rock scene, featuring Stones sibling Chris Jagger.

Reviews for "Home Before Midnight"