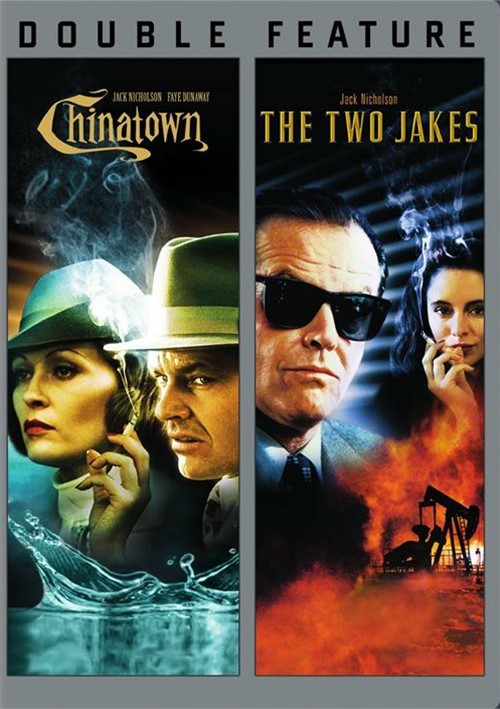 JJ 'Jake' Gittes is a private detective who seems to specialize in matrimonial cases. He is hired by Evelyn Mulwray when she suspects her husband Hollis, builder of the city's water supply system, of having an affair. Gittes does what he does best and photographs him with a young girl but in the ensuing scandal, it seems he was hired by an impersonator and not the real Mrs. Mulwray. When Mr. Mulwray is found dead, Jake is plunged into a complex web of deceit involving murder, incest and municipal corruption all related to the city's water supply.

After the war, L.A. private eye Jake Gittes is hired by realtor Jake Berman. He proves the infidelity of Berman's wife Kitty and sets up a way for her to be caught in the act. At the rendezvous, Berman shoots the co-respondent who turns out to be his business partner. Gittes finds himself in the middle of a complicated web, under pressure from all sides for a wire recording of the fatal encounter. He then realizes that the land the partners were developing was once an orange grove connected with a case he has never quite got over.