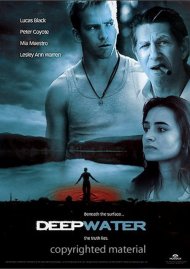 The series chronicles the unusual lives, romance and pop culture trajectory of Master and Johnson and the effect their research had on the family and colleagues around them. Their study ignited a sexual revolution and took them from a teaching hospital in St. Louis to the cover of Time magazine. Also starring Caitlin FitzGerald, Teddy Sears and Nicholas D'Agosto. Also guest starring two-time Golden Globe winner Beau Bridges.

Cast & Crew Commentary on the Pilot Episode
Deleted Scenes
Making "Masters of Sex"
A Masterful Portrayal: Michael Sheen as Dr. Masters
Ahead of Her Time: Lizzy Caplan as Virginia Johnson
The Real Masters: A Conversation with Thomas Maier
Surprising Facts About Sex: The Masters' Great Discoveries

"Masters Of Sex" SeriesView All 2 Titles in the Series >

Reviews for "Masters Of Sex: The Complete F"