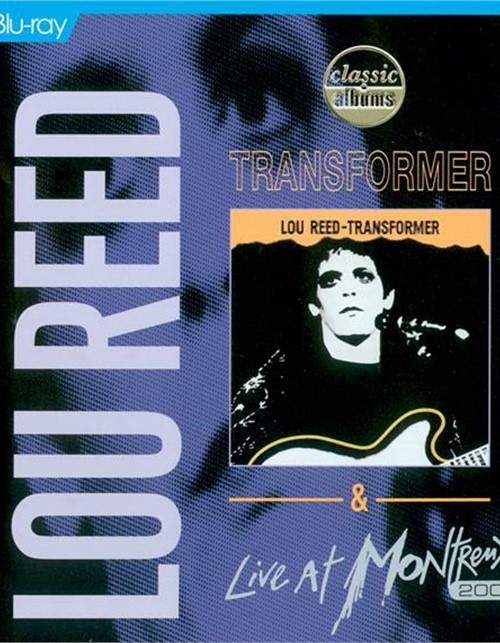 Transformer, Lou Reed's second solo ablum, took him from cult hero of The Velvet Underground to international superstar status. This program takes a track-by-track look at the album, which was produced by David Bowie and Mick Ronson. Lou Reed talks of the making of the album and together with Ken Scott, the original engineer, takes us through the recording of "Perfect Day", "Vicious", "Satellite Of Love" and "Walk On The Wild Side" amoungst others. There are also contributions from Herbie Flowers and Dave Stewart and the program is illustrated throughout with archive footage and features exclusive acoustic material from Lou. This program provides a unique insight into the process behidn the recording of "Transformer", which perfectly captured the spirit of the early 1970's, and illustrates why today it is still considered a truly Classic Album.

Lou Reed is one of the most influential rockers of the rock era. From his days in the sixties as the main singer and songwriter of the Velvet Underground and through his mercurial solo career he has kept his audience and the critics on their toes with dramatic changes of musical direction from album to album. Underpinning everything however has been his unquestionable ability as a songwriter and performer of the highest class.