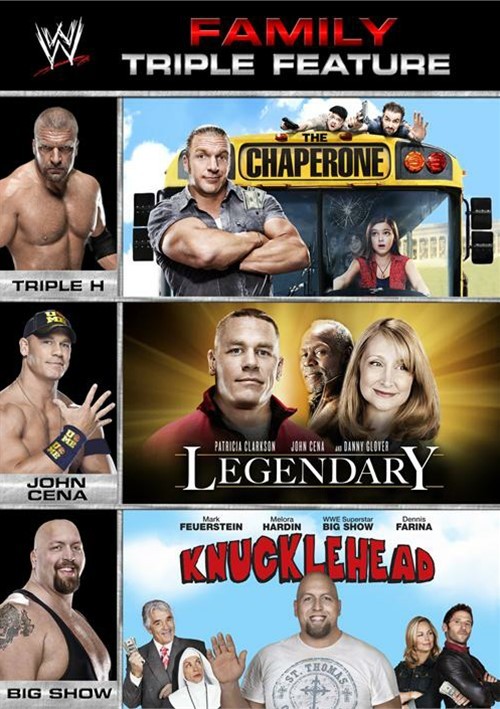 This inspirational tale of a young man's dream to reunite his family through amateur wrestling is as triumphant as it is profoundly touching. WWE Superstar John Cena (The Marine) is Mike Chetley, a former high school and collegiate champion estranged from his family. Things change when his awkward, undersized, younger brother Cal (Devon Graye, Dexter) comes back into his life with a plan to unify Mike and their widowed mother (Academy Award-nominated Patricia Clarkson, Six Feet Under), but not without major setbacks. With the guidance of Red (Danny Glover, Lethal Weapon), Cal learns that winning against all odds is worth more than he could have ever imagined.

When 35-year-old orphan Walter Krunk (WWE Superstar Paul "Big Show" Wight) destroys the kitchen of the orphanage he grew up in, he has 10 days to raise enough money in order to save the orphanage from closing down. Meanwhile, Eddie Sullivan (Mark Feuerstein, TV's Royal Pains), a manager for fighters is in debt to Memphis Earl. Walter and Eddie join f-rces in order to solve their problems by becoming a team of a fighter and his manager. Together, with Mary O'Conner (Melora Hardin, TV's The Office) a worker at the orphanage, they conquer the world of amateur wrestling and choking out bears with one goal in mind: winning the tournament in New Orleans to get the trophy and the $100,000 prize that goes along with it. Co-stars Dennis Farina (Get Shorty).

Ray Bradstone (WWE Superstar Paul "Triple H" Levesque) has just been released from prison after serving seven years for driving the get-away car in an attempted bank heist. Completely rehabilitated, Ray cares only about winning back the respect and love of his 15-year-old daughter, Sally. His first opportunity to do so comes when he's asked to be a chaperone on a weekend-long school trip to New Orleans with Sally's class. However, when characters from Ray's criminal past believe he stole the loot from a bank they robbed, Ray will do whatever it takes to fend them off and keep his daughter and her class out of harm's way. Co-stars Yeardley Smith (The Simpsons).

Reviews for "Legendary / Knucklehead / The "