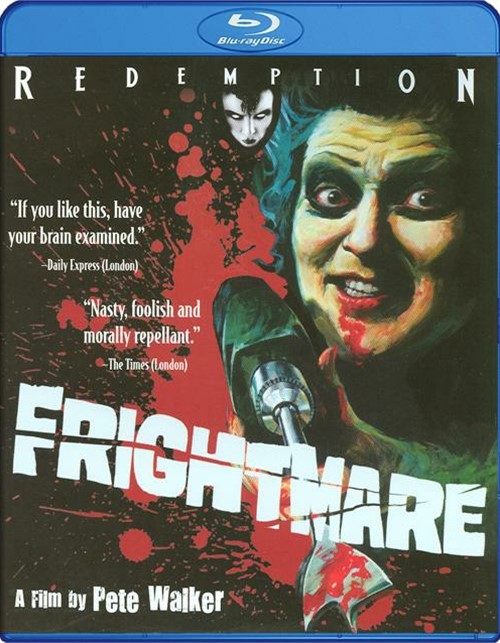 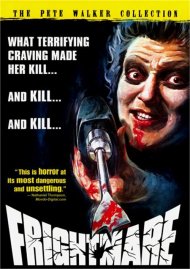 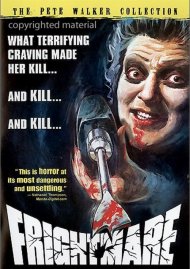 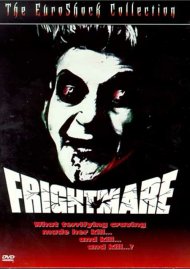 Throughout his career, director Pete Walker was no stranger to controversy, but his 1974 film Frightmare sparked a firestorm of criticism from the protectors of public morals, who deemed it "despicable" (London Observer). In spite of the condemnation - or more likely, because of it - Frightmare has achieved almost legendary status in British horror history. Sheila Keith stars as a former patient of a mental institution, who has settled down in a remote farmhouse, where she tells fortunes in her spare time. But the kind, maternal exterior conceals a dreadful monster, which the asylum, it seems, was unable to cure.

"For The Sake Of Cannibalism," An Interview With Pete Walker, By Elijah Drenner
Audio Commentary By Director Pete Walker And DP Peter Jessop, Conducted By Steve Chibnall, Author Of "Making Mischief: The Cult Films Of Pete Walker"
"Sheila Keith: A Nice Old Lady?" A Profile Of The Late Actress, Featuring Interviews With Her Former Collaborators
Original Theatrical Trailer