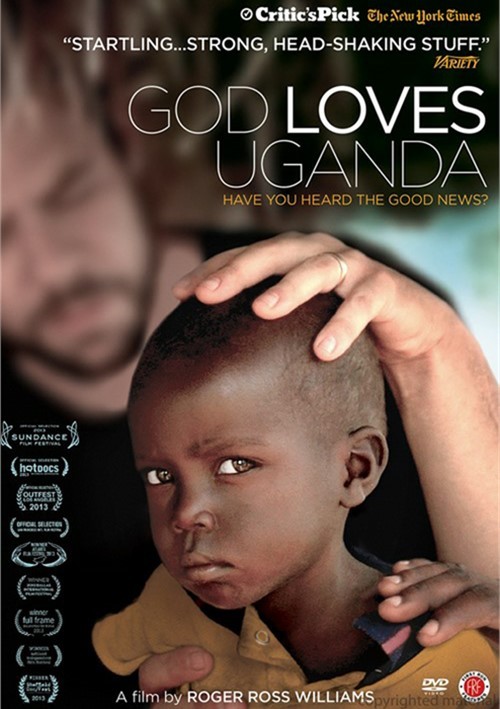 With God Loves Uganda, Academy Award-winning filmmaker Roger Ross Williams explores the role of the American Evangelical movement in fueling Uganda's terrifying turn towards biblical law and the proposed death penalty for homosexuality. Thanks to charismatic religious leaders and a well-financed campaign, these draconian new laws and the politicians that peddle them are winning over the Ugandan public. But these dangerous policies and the money that fuels them aren't coming from Africa; they're being imported from some of America's largest megachurches.

Using verite, interviews, and hidden camera footage, the film allows American religious leaders and their young missionaries that make up the "front lines in a battle for billions of souls" to explain their positions in their own words. Shocking and enlightening, touching and horrifying, God Loves Uganda will leave you questioning just how closely this brand of Christianity resembles the one you think you know.