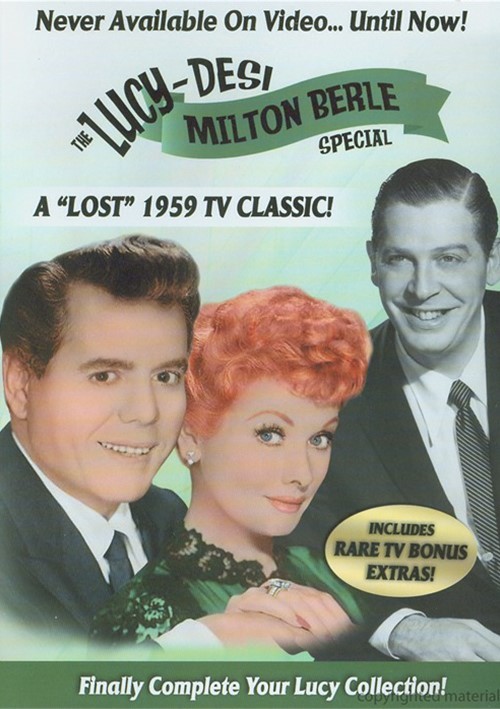 Lucy is at her old tricks again in this lost special from 1959, starring Lucille Ball, Desi Arnaz and Milton Berle. Starstruck Lucy finds herself overly-involved in the anniversary plans of Mr. And Mrs. Milton Berle - leading Lucy shopping with Milton as he selects a diamond ring for his wife. All goes well until Lucy gets the ring stuck on her finger and she and Milton find themselves trying to outwit a pair of ruthless jewelry thieves. The laughs are many in this "lost" gem, featuring three of television's biggest names in comedy history!

Not to be confused with The Lucy-Desi Comedy Hour, this rare film is the very last time Lucille Ball and Desi Arnaz guest-starred together - and it is the perfect addition to every "Lucy" library! You'll also be thrilled at the fantastic bonus features, including The Lucy Show: Lucy Meets The Berles and The Buick-Berle Show starring Steve Allen and Milton Berle!